Since the first day of law school, reading case judgments has gradually become part and parcel of our lives as students. No matter the module, it is simply impossible to disregard decisions made by the Supreme Court and its predecessor, the Appellate Committee of the House of Lords. 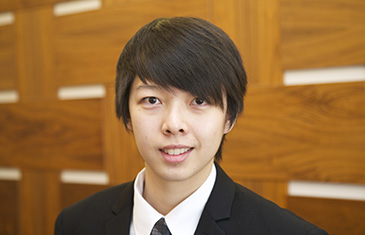 As the final arbiter of law within the United Kingdom, comprising 12 experienced justices, known as the Law Lords, the Supreme Court decides upon contentious points of law, such as whether there should be the right to die, as exemplified by the recently decided case of Nicklinson. The impact of their decisions is not limited to the interests of the parties involved, but it also shapes our society and directly influences our daily lives. Although the issues as to the creation of the Supreme Court were covered as part of the first year public law module, I felt there could be no better way to further understand how it operates than actually paying a visit to this court of last resort.

The Supreme Court is now situated at the Middlesex Guildhall in Parliament Square. Upon my arrival at the Supreme Court I was given an insightful guided tour by a member of Court staff, who patiently explained about the history and artwork of the building as well as the Court’s role in the UK justice system. In particular, he emphasised that the establishment of the Supreme Court as a separate entity from the House of Lords (by virtue of the Constitutional Reform Act 2005) was to achieve the principle of separation of powers between the legislature and the judiciary, as well as to enhance the transparency and accessibility of the Court.

Following the guided tour, I proceeded to courtroom number two and sat in the public gallery where five Law Lords, including President of the Supreme Court, Lord Neuberger, were presiding at a hearing.  I was rather surprised by the relatively informal environment of the courtroom. Unlike the normal intense atmosphere of a courtroom where a trial takes place, the Supreme Court now provides a more relaxed and, indeed, more suitable platform for thorough discussion and debate of legal issues. The traditional dress codes for both the Law Lords and Counsel have also been relaxed, as they are no longer required to wear wigs and gowns. This was decided with a view to make the court’s work as accessible as possible.

Visiting the Supreme Court provided me with the opportunity to gain first-hand exposure of this Court of last resort, a court that has produced a great amount of judgments which are not only of the greatest constitutional and legal importance, but also which law students often come across. It also allowed me to observe how the Law Lords work in the courtroom and how a hearing is conducted. I strongly encourage law students, particularly first years, to make a visit to the Supreme Court as it will undoubtedly reinforce and deepen your understanding with regard to the highest appellate authority of this country.