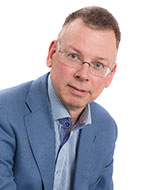 Wibren van der Burg is visiting professor at QMUL since 2014. At Queen Mary, he teaches Ph.D. seminars about the methodology of legal research. Since 2008, he is Professor of Legal Philosophy and Jurisprudence at Erasmus University Rotterdam. Prior to Rotterdam, he was Professor of Jurisprudence at Tilburg University, and worked in Utrecht at the Centre for Bioethics and Health Law and at the Department of Philosophy.

Professor van der Burg has broad ranging research interests at the intersection of law, ethics and society. His most recent book is ‘The Dynamics of Law and Morality: A Pluralist Account of Legal Interactionism’ (Ashgate 2014/ Routledge 2016), which, building on the work of Lon Fuller and Philip Selznick, discusses, inter alia, the concept of global legal pluralism. A special focus in his research is on how law and politics should deal with the dynamics of cultural and religious pluralism; see his article (with Roland Pierik) ‘What Is Neutrality?’ (Ratio Juris 2014). A third focus is on methods of interdisciplinary legal research and legal philosophy; see his article ‘The Merits of Law. An Argumentative Framework for Evaluative Judgments and Normative Recommendations in Legal Research’ (ARSP 2019).

Wibren van der Burg’s research interests cover a wide range, both in themes and in disciplines. He studied law and ethics, and has a strong interest in sociology and social theory. In his research he tries to combine these three disciplines. There are currently three major themes in his research.

The dynamic relation between law and morality

This is the central theme of his research since he wrote his master’s thesis on civil disobedience. A core publication is The Dynamics of Law and Morality. A Pluralist Account of Legal Interactionism (Ashgate 2014/ pb Routledge 2016).

Legal scholarship as a hermeneutic, normative, and empirical interdiscipline

Democracy and the rule of law: private actors and public interests

Global legal pluralism presents many challenges to the rule of law. One of them is how we can understand the interaction between the public and the private. Private actors, such as businesses, NGOs, citizens and protest groups, are central in realizing public interests. For example, instances of civil disobedience may be characterized by private actors’ assessment that they, under circumstances, may secure public interests better than do public authorities.

Since 1995, Wibren van der Burg has been the main applicant or co-applicant for six major grants by the Netherlands Organization for Scientific Research - NWO