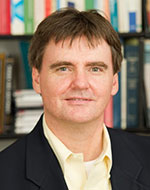 Peter Lindseth has been a Visiting Professor of Law in the Department of Law since 2014, making short-term visits and offering guest lectures in such areas as EU Law, Public Law, and Administrative Law. He is the Olimpiad S. Ioffe Professor of International and Comparative Law at the University of Connecticut School of Law, where he is also Director of International Programs. In addition, he is also currently a Research Associate at the Centre for International Studies at the University of Oxford. Professor Lindseth has previously visited at Yale, Princeton, Tilburg (as Royal Netherlands Academy of Arts and Sciences Visiting Professor), as well as the Université Panthéon-Assas Paris II and the Université d'Aix-Marseille III. He has also served as a Senior Emile Noël Fellow at New York University School of Law, a Daimler Fellow at the American Academy in Berlin, a Stipendiat at the Max Planck Institute for European Legal History in Frankfurt, a Jean Monnet Fellow at the European University Institute, and a Chatauebriand Fellow at the French Conseil d’Etat.

Professor Lindseth’s research interests are at the intersection of European integration, comparative administrative law, international economic law, and the legal history of public governance, with a particular emphasis on historical institutionalism, principal-agent theory, and governance beyond the state. His current research focuses on the development of a theory of institutional change along three dimensions (functional, political, and cultural) with specific reference to the rise of modern administrative governance in the North Atlantic world over the nineteenth and twentieth centuries.