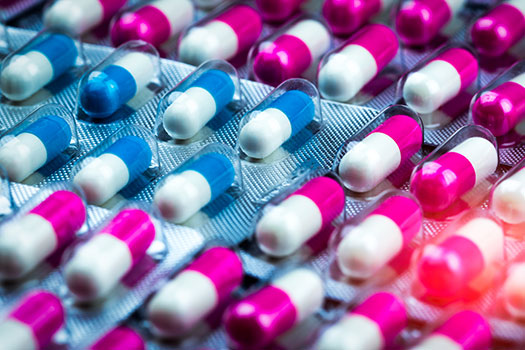 Patents provide, for a limited time, the right to exclude others from making, using, selling, keeping or importing products containing the patented invention. This de facto monopoly power provides economic incentives to allow the patent owner to set pricing at levels that compensate for the investment in costly research and development, and incentivises companies to engage in risky product development.

However, patented pharmaceutical products are more expensive because of this monopoly and lack of competition, leading to differential pricing when compared with cheaper off-patent generic products, which can only legitimately enter the market after patent expiry. This can lead to prohibitively high prices that create significant problems for access to medicines, particularly in the developing world.

Duncan Matthews, Professor of Intellectual Property Law, pioneered the idea that competition law could be used to address human rights concerns about the impact of patenting strategies on access to medicines by remedying anti-competitive practices linked to pharmaceutical patent protection in developing countries.

Matthews’ evidence and recommendations have been used widely by policy-makers, including the United Nations Secretary General’s High-Level Panel on Access to Medicines which, in its report in 2016, presented Matthews’ work as evidence that competition law should be used to balance proprietary interests with economic and social interests to advance public welfare.