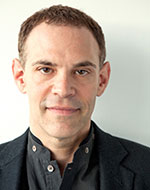 Having earned degrees from the Universities of Paris, Harvard and Leiden, Eric Heinze has also won grants from the Deutscher Akademischer Austauschdienst, the US Fulbright Foundation, the French Ministère de l’Éducation nationale, and Harvard University.  He has worked for the International Commission of Jurists, has advised several NGOs, and serves on the Editorial Boards of the International Journal of Human Rights and the British Journal of Interdisciplinary Studies.  Heinze’s books include Hate Speech and Democratic Citizenship (OUP 2016), The Concept of Injustice (Routledge, 2013), The Logic of Constitutional Rights (Ashgate, 2005), The Logic of Liberal Rights (Routledge, 2003), The Logic of Equality (Ashgate, 2003), and Of Innocence and Autonomy: Children, Sex and Human Rights (Ashgate 2000).  His writing appears in Oxford Journal of Legal Studies, Harvard Human Rights Journal, Modern Law Review, Ratio Juris, Legal Studies, Michigan Journal of International Law, Social and Legal Studies and many other journals and edited collections. 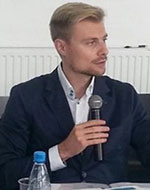 Uladzislau Belavusau is Assistant Professor of European law at the University of Amsterdam (the Netherlands). He has previously taught at the law faculty of the Vrije Universiteit Amsterdam (2011-2015). He holds a PhD from the European University Institute (Florence, Italy) and an LLM from the Collège d’Europe (Bruges, Belgium). Dr Belavusau has held visiting fellowships at the University of California at Berkeley (USA), Max-Planck-Institut für ausländisches öffentliches Recht und Völkerrecht (Heidelberg, Germany), York University (Toronto, Canada), and Tel Aviv University (Israel).  He has guest-lectured at the Amsterdam University College, Tilburg University, Rijksuniversiteit Groningen (the Netherlands), Katholieke Universiteit Leuven (Belgium), Polish Academy of Sciences (Poland), Masaryk University (Czech Republic), York University (Canada), European University Institute and LUISS Guido Carli University in Rome (Italy). He is an author of a monograph Freedom of Speech (Routledge, 2013). Currently he is co-editing a book Law and Historical Memory (forthcoming with Cambridge University Press, 2016). 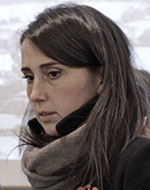 After ten years as Senior Lecturer in Criminal Law at the Faculty of Law, University of Trento (September 2005 – April 2016), Dr. Fronza is currently Senior Lecturer in Criminal Law at the University of Bologna, and Chercheur Associé at the University of Paris 1. She is also Lecturer in Transitional Justice at the Master in European and International Studies of the School of International Studies of the University of Trento, where is also a member of the Board of Professors of the Doctoral School. Between 2008 and 2012, Fronza served as fellow of the Alexander Von Humboldt Foundation at the Humboldt University Berlin. She currently forms part of the Grupo Latinoamericano de Estudios sobre el Derecho Penal Internacional (2004- present). Among her publications related to memory laws she published a book both in Italian and in German concerning the criminalization of denialism (Il negazionismo come reato, 2012; Negationismus, 2016). 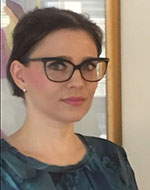 Dr Gliszczyńska-Grabias is a Senior Researcher at the Institute of Law Studies of the Polish Academy of Sciences. She is an author of a monograph Combating Antisemitism: International Law Instruments (in Polish, Wolters Kluwer 2014). Currently she is co-editing a book Law and Historical Memory (forthcoming, Cambridge University Press 2016). A recipient of the 2015-2018 Fellowship of the Polish Ministry of Science and Higher Education for outstanding achievements in science and research, Gliszczyńska-Grabias was also 2014 Bohdan Winiarski Fellow at the Lauterpacht Centre, University of Cambridge, and Graduate Fellow of the Yale Initiative for the Interdisciplinary Study of Antisemitism, Yale University (2010/2011). In 2015 she joined the Board of Young Researchers of the Ministry of Science and Higher Education in Poland and the Academic Advisory Board of the Community of Democracies. She is an expert in Help in the 28 Council of Europe’s Project (“Fight against racism, xenophobia and homophobia”). 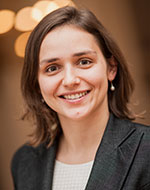 Dr Grażyna Baranowska joins the project as a Post-Doctorate Researcher as part of the Polish team. She defended her PhD thesis on “Enforced disappearances in Europe. Developing international standards of prevention and reaction” in the Institute of Law Studies of the Polish Academy of Sciences in May 2016. In her work in the MELA project, she will concentrate on conflicts between memory laws and freedom of speech, integrating ECtHR jurisprudence and UN-level relevant norms and policies. She completed her studies at the Adam Mickiewicz University in Poznan, Humboldt University Berlin and Kafkas University in Kars, Turkey. Previously she has been a researcher in the project Fostering Human Rights Among European (Internal and External) Policies, funded through the EU’s Seventh Framework Program and worked in the German Bundestag. Additionally she has organized a number of human rights courses and workshops. 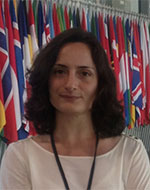 Nanor Kebranian is Postdoctoral Research Assistant in Theory, History, and Human Rights. She completed her doctorate at the University of Oxford with fellowships from the Jack Kent Cooke Foundation and Oxford's Clarendon Fund. She joins Queen Mary after serving as Assistant Professor in Columbia University's Department of Middle Eastern, South Asian, and African Studies, where she researched, published, and taught on Ottoman history, literary studies, and human rights. Her project for MELA considers the discursive effects of anti-denialist legislation in Turkey and Europe, focusing specifically on minority rights, cultural destruction, and post-conflict reconciliation. 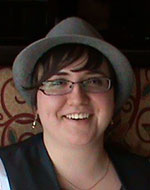 Ms Marina Bán is a PhD researcher for the MELA’s team based in the Netherlands. She is working on her doctoral thesis under the supervision of Dr Uladzislau Belavusau and Professor Dr Janne Nijman at the T.M.C. Asser Institute in the Hague, under secondment with the University of Amsterdam. She holds a BA in History from Eotvos Lorand University and an MA in Human Rights from Central European University (both in Budapest, Hungary). In her thesis, she compares legal governance of memory in France and Hungary, and studies its compatibility with European and international law. She has previously worked for different human rights NGOs in Budapest (Hatter Society for LGBT People and Amnesty International Hungary) mostly dealing with preparing and translating research materials, fundraising and human rights education. Her other research interests include European history (especially of Hungary during and after the communist era), LGBT rights and freedom of expression. 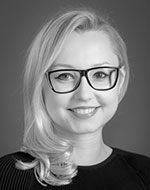 Anna Wójcik is MELA research assistant on the PhD track at the Institute of Law Sciences, Polish Academy of Sciences. She holds Master of Arts degrees in Law from University of Warsaw and in Sociology and Social Anthropology from Central European University in Budapest. Moreover, Anna obtained BAs in philosophy and cultural anthropology from University of Warsaw in a framework of Individual Studies in Humanities and Social Sciences and completed semester abroad at Faculty of Philosophy, Sorbonne Paris-IV. Native Polish speaker, she is fluent in English and French and conversational in Russian. Her up-to-date research interests include, but are not limited to, freedom of expression and comparative hate speech policies, as well as political theory, and law and society. In her PhD project Anna will focus on developments of memory laws in Central and Eastern Europe in the context of transitional justice and memory politics.