Dr Nathanael Tilahun Ali is a lecturer in public international law at Erasmus University Rotterdam, the Netherlands. He is also a post-doctoral researcher and coordinator of a major interdisciplinary research project on rule of law (www.esl.eur.nl/INFAR) at Erasmus. During his visit at Queen Mary, he will be developing research projects that study the involvement of private companies in immigration control and the advent of risk management approach in international governance of terrorism financing, to be submitted to the Netherlands Organisation for Scientific Research (NWO). Dr Ali has previously held visiting fellowships at the Lauterpacht Center for International Law in Cambridge and Hofstra University in New York. Dr Ali's academic contact at Queen Mary is Professor Phoebe Okowa, and the duration of his visit is from 1 September till 31 December 2016.

Guilherme Rizzo Amaral holds a Master’s degree by the Pontificia Universidade Católica do Rio Grande do Sul (Brazil) and a Doctor’s degree by the Universidade Federal do Rio Grande do Sul (Brazil) and has authored books and various legal articles on procedural law. He has taught Civil Procedural Law at the Federal University of Rio Grande do Sul (UFRGS) and at Fundação Escola Superior do Ministério Público (FMP), among other institutions. He was a member of a committee that assisted the Brazilian House of Representatives in the drafting of the bill of the new Brazilian Code of Civil Procedure (which entered into force in 2016). He is also one of the founding partners of Souto Correa Cesa Lummertz & Amaral Advogados (Brazil), where he heads the Disputes Resolution practice, and is currently participating on the Scholar-In-Residence program at WilmerHale in London. His research title is Judicial Precedent and Arbitration - are arbitrators bound by judicial precedent? A comparative study among the United Kingdom, the United States and Brazil and the purpose of his visit to QMUL is to do research in order to finish his book, as well as to participate on seminars, academic discussions and cultural exchange with faculty members and alumni. His academic contact is Dr Maxi Scherer and he will be visiting QMUL from 9 January - 22 February 2017.

The main aim of my research is to study a specific way for the tax authorities to tackle VAT fraud which consists in establishing a chain liability for the unpaid tax. At this point, we need to remember that one of the most serious EU VAT frauds is Missing Trader Intra-Community fraud, also known as carousel VAT fraud, which consists of the abuse of the VAT rules on crossborder transactions within the EU. More specifically, MTIC occurs because of a fundamental flaw in the design of the EU VAT system. The threat to the EU revenue is real. According to the “Study to quantify and analyse the VAT Gap in the EU Member States” (2015) the total amount of VAT lost across the EU is estimated at €168 billion. On account of this, Member States have established a set of measures to enhance tax systems and minimise VAT fraud. One of these measures is the joint and several liability which enables Tax Administrations to recover one taxable person’s deliberately unpaid output tax from another taxable person, but only when that other taxable person is in the same supply chain and subject to certain conditions.

The ECJ has held in a number of cases that Member States are able to introduce this measure in their respective legislations as long as the principles of legal certainty and proportionally are not breached. In practice, this mean that any trader involved in a carousel fraud who “knew or should have known” that they were involved in dubious transactions can be held liable for the payment of the VAT lost, unless they prove that they have been acting in good faith. But the ECJ leaves every Member State to develop their own strategies to apply this measure and define its limits. The measure has proven to be effective but it has a clear drawback: innocent businesses may be unwittingly used by criminals and may bear unfairly the consequences of the fraud committed by others.

Dr Emmanouil Billis, Master of Laws (Athens), LL.M. (Bonn), is a senior researcher at the Max Planck Institute for Foreign and International Criminal Law in Freiburg (Germany). He was granted a doctorate from the University of Freiburg in 2014 for a comparative legal dissertation on the role of the judge in adversarial and inquisitorial evidentiary proceedings (Die Rolle des Richters im adversatorischen und im inquisitorischen Beweisverfahren, Duncker & Humblot). A former member of the International Max Planck Research School for Comparative Criminal Law, he was the recipient of an Alexander S. Onassis Foundation Scholarship. Dr Billis, a qualified lawyer in Athens since 2007, has been a researcher at the Max Planck Institute for Foreign and International Criminal Law since 2010. He is currently conducting post-doc research on discretionary criminal justice and the formal limits of criminal law under the supervision of Professor Dr Dr h.c. mult. Ulrich Sieber. Dr Billis will be visiting the Department of Law of the Queen Mary University of London as a visiting research scholar from November 27 to December 10. His academic contact is Professor Valsamis Mitsilegas. Dr Billis will be giving an introductory lecture on comparative criminal procedure within the LL.M.-course on Global Policing (28/11) and a lecture on expression crimes and historical memory at the Fourth Queen Mary – Renmin Criminal Justice Conference (01/12). He will be also delivering a PhD research workshop 'On the Methodology of Comparative Criminal Law Research' (09/12, 12.00 to 2.00pm, Lecture Theatre, Centre for Commercial Law Studies, Lincoln's Inn Fields). Contact: e.billis@mpicc.de.

Professor Vicenç Ribas Ferrer is Profesor de Derecho Mercantil (Contratado Doctor) at Universidad de Alcalá, Madrid, Spain. He graduated in Law and Journalism, and obtained  an LLM in European Law in 1994 and completed his PhD in 2004. He also has a Master in Education (2012).

He is undertaking a research project on corporate governance in listed companies and financial institutions. Among others aspects of the subject, he develops research on remuneration policies and directors’ fiduciary duties and wishes to further research on the topics.

He is a Member of the Bar (Barcelona, Spain) and a Fellow of the IELAT. His academic contact is Professor Duncan Matthews. 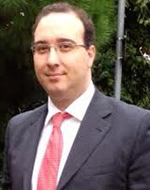 He has published various papers both in English and Italian in the areas of criminal law and justice, European and transnational criminal law and energy law. In particular, he is the co-author of the entry "European Arrest Warrant" in Oxford Bibliographies (Oxford University Press, 2012) and published the article "The European Arrest Warrant under the Scrutiny of the Italian Constitutional Court" (New Journal of European Criminal Law, 2013). In 2012, he was selected as an international expert for the European Union Project "Prevention of fraud, corruption and bribery committed through legal entities for the purpose of financial and economic gain" led by the Centre for International & European Law of the T.M.C. Asser Institute in cooperation with the Dutch Ministry of Justice. 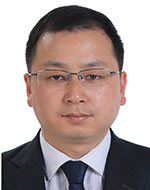 Dr Guo Huachun is an associate professor from School of International Law, East China University of Political Science and Law in Shanghai, P.R. China. His 12 month academic visit to CCLS focuses on academic research, course skill development. Professor Rodrigo Olivares-Caminal is the academic contact during his stay in QMUL.

His recent publications including Monograph On the Procedural Way to Regulate Transnational Regulation of Finance from a Reflexive Law Perspective (2012), and Journal articles such as On the Relationship between New Development Bank’s Jurisdictional Immunities and the Protection of Third Parties’ Rights and Interests (2015), On China’s Central Bank Immunity from the Perspective of Balancing of Interests (2014), Systemic Risks and the Legalization of Accountable Transnational Financial Regulation (2013), Creditor’s Capacity Mechanism of Bargaining in Sovereign Debt: Perspectives from Litigations (2012). 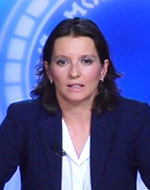 She has been like Advisor Constitutional Law Professor in the Centre of Political and Constitutional studies, of Minitry of the Presidence. Substitute Judge in Avila (2002-2004). Assistant Professor in Official Master’s Degree Law and New Technologies in Pablo Olavide University in Sevilla; Academic Member Official Master’s Degree in Parliamentary Law, Elections and Legislative Studies (IDP Institute of Complutense University) and Academic Member Official Master’s Degree EUPADRA (Joint Master in Parliamentary Procedures and Legislative Drafting Erasmus+ Programme). She is member of the editorial board of General Review of Administrative Law (IUSTEL) and member of a Monitoring of electronic voting: Voto-bit of León University in Spain. She has been like Visiting  researcher, in Max-planc-Institute, Heidelberg; Ausländisches öffentliches Recht und Volkerrecht. She also has been like Erasmus Assistant Professor of Constitutional Law in Faculta Nova de Dereito in Lisbon, Portugal. Visiting Scholar Professor at the QMUL's School of Law. Academic contact: Professor Kate Malleson. Current research focus on Judicial Independence, last reforms in the Spanish organic Act of the Judiciary redesigning the General council of the Judiciary as government body of Judges and Magistrates. The Purpose of the visit to QMUL/CCLS (January-June 2017) is to study a new judicial British model after Constitutional reform Act 2005 (new concept and role of Lord Chancellor Institution, Judicial Appointment Commission and procedures of judicial appointments, a new Supreme Court). 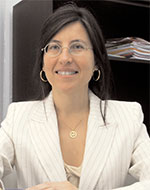 Current Research focus on Corporate and Finance Law, Mergers & Acquisitions, Intellectual Property, and Gender Law. The Purpose of the visit to QMUL/CCLS (July-December 2016) is to develop a new research project on Patents as well as working in others on going projects. Academic contact: Professor Duncan Matthews.