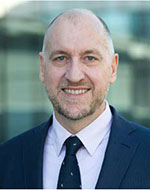 Mr Sanders is Senior Adviser to the President and General Counsel Emeritus of the Asian Infrastructure Investment Bank, an international financial institution headquartered in Beijing. He earlier served as General Counsel of the AIIB. Previously he was General Counsel at the International Fund for Agricultural Development, a specialized agency of the United Nations, working at its headquarters in Rome. Prior to that, Mr Sanders held various positions at the European Bank for Reconstruction and Development working in its principal office in London, most recently as Deputy General Counsel. Earlier in his career, Mr Sanders worked for law firms in Wellington, Washington, D.C. and Amsterdam and in a corporate legal role in London.

Mr Sanders has written and taught extensively on the law of multilateral financial institutions, law and development and legal reform in developing countries. His most recent article, "The Rule of Law on the Silk Road: History, Culture, Perspectives", was published by the Harvard International Law Journal.