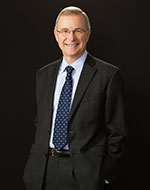 David Kendall is a partner in Cooley's London office and focuses on all aspects of insurance and reinsurance, including coverage, delegated authorities, run-off and insolvency. His cases include insurance coverage disputes (including third-party liability, marine, financial institutions, political risk, D&0 and property insurance), reinsurance disputes, insurance/reinsurance run-off and insolvency, arbitration and commercial court litigation. He has extensive experience of Bermuda form arbitrations in London.

David was the Chairman from 2012 to 2014 of the British Insurance Law Association. He is Visiting Professor in the Centre for Commercial Law Studies, Queen Mary University of London.

David is also recommended in the current edition of the established legal directory The Legal 500 (UK) where the team is described as "‘thorough and professional, with a keen sense of the issues and the relevant industry’". In Chambers & Partners Guides to the World's Leading Lawyers (UK), he is ranked in the top tier (Band 1) in the categories of Insurance: General Claims and Insurance: Reinsurance. Clients say they will "never pass up the opportunity to laud his exceptional ability and impeccable judgement" and also describe him as a "very impressive all-round lawyer," Chambers UK 2017.

David is also included in the latest edition of Best Lawyers in the United Kingdom.