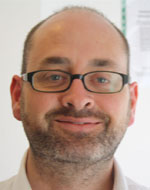 Director of External Relations at the Legal Advice Centre

Matthew is Director of External Relations at the Legal Advice Centre based within the Department of Law and a practising Solicitor. Matthew is also Director of The Advice on Individual Rights in Europe (AIRE Centre), a charity whose mission is to raise awareness of, and protect European legal rights. Prior to this he was Managing Solicitor at the Prisoners Advice Service and in private practice at a number of legal aid firms, including TV Edwards Solicitors.

Matthew has worked on social justice cases throughout his career, and has been involved in a number of landmark judgments before the UK and European Courts. Recent domestic cases include a successful challenges to provisions in the UK’s State Immunity Act (Janah), the Dubs child refugee scheme (Help Refugees case), and the government’s EU rough sleeper policy (Gureckis). Cases before the European Courts include Chowdhury v Greece, on state obligations to prevent and investigate trafficking, protect victims and punish traffickers; and Jessy Saint Prix on retained worker rights during maternity leave.

Matthew is committed to the provision of pro bono legal services and access to justice for those who cannot afford to pay for representation. He was a member of the Criminal Rule Procedure Committee from 2012-2016 and a trustee of the Criminal Justice Alliance from 2009-2014.

Matthew was shortlisted for the Law Society Human Rights lawyer of the year award in 2017 and 2018. He provides training to lawyers and non-legal advisers, and blogs.

EU Migrants - Abuse and Access to Welfare, Journal of Immigration and Asylum Law, May 2015

Can the UK get greater control over access to its welfare systems?, LexisNexis, January 2015

The real costs of the legal aid system

‘Ghosting' prisoners harms them and society

See publications by Matt Evans for The Justice Gap.