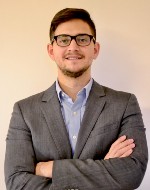 This thesis aims to study predicative Offences related to Criminal Networks (OCN) in England and Wales, and their ability to accurately represent the social dynamics of Criminal Networks. It analyses the appropriateness of OCNs as a legal response in terms of balance between effectiveness when dealing with organised crime networks, and the protection of individual rights.

There is a steady consensus among the principle policing authorities in England and Wales regarding the seriousness of organised crime. The National Crime Agency for example, characterises the phenomena as one of the gravest threats to national security. However, there is still a lack of agreement, among scholars and practitioners, on a workable definition of organised crime. This lack of agreement makes it harder to assess the appropriateness of the legal tools designed to address the issue. Moreover, while a vague and wide scope of criminal liability can present the flexibility to encompass the complexity of criminal networks, it concentrates the burden of incorporating the many edges of these phenomena into a single legal solution. Consequently, while a vast amount of legal provisions may seem broad enough to encompass all organised crime activities; it may also lead to an overwhelming amount of options when dealing with organised crime networks. Instead of presenting an appropriate solution, this may derive into violation of individual rights or lack of effectiveness through a misrepresentation of social dynamics in OCNs.

The field of organised crime networks is characterised by scholars as a hectic area for scientific research, which is constantly under revision through new sociological discoveries. It is a glocal phenomenon, meaning it happens in multiple points in the globe but each having local features. The law on the other hand, is formed by static provisions with a long-lasting tradition, which may result in a failure to adapt to new social dynamics.

To that extent, this work addresses three main research questions: How does the Common Law system in England and Wales approach the attribution of responsibility in cases involving Organised Crime Groups (OCGs)? How do England and Wales understand and implement Offences related to Criminal Networks (OCNs)? And, is their understanding of OCNs capable of addressing actual social dynamics within Criminal Networks?

In order to answer these questions, the thesis presents an overview of four principal OCNs: complicity, conspiracy, inchoate offences of assisting and encouraging a crime, and participation in the activities of an organised crime group. By focusing on a single jurisdiction as a case study, this research deepens in the deconstruction of the local mind-set behind the understanding and application of these legal provisions by the local justice system. It digs into the history of their creation and the way they have been applied over the years. In addition, this thesis presents an interdisciplinary approach for it contrasts the legal conceptualisation of OCNs with the new trends in the field of organised crime criminology. Particular focus is put on the Illegal Enterprise theory, and the Social Embeddedness and Social Network theory of organised crime.

Wortman Jofre, S., The Rule of Law in the EU: The Internal Dimension by Theodore Konstadinides (2019) July, Sweet and Maxwell Public Law 608.