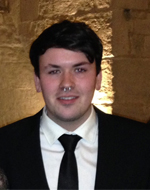 Bills of rights in transitional justice states: a study of Latin American and Africa.

Paul Jennings is a PhD Candidate and Teaching Associate at Queen Mary. He gained his LLB Law (Hons) and LLM in Human Rights Law (Distinction) at the same institution. His PhD is currently titled, 'Bills of Rights in Transitional Justice States’, with broader research interests in human rights and the rule of law at national, regional and international levels. Paul is also an active member of the London Irish Abortion Rights Campaign, and has been published in the European Human Rights Law Review on the issue of reproductive rights. He has been teaching on the first year core module, Public Law, since September 2017.