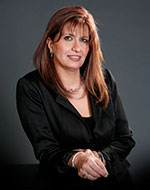 State criminality and its effect on human suffering is my primary focus when planning research endeveaours.  I spent last year working closely with my colleagues at Queen Mary preparing a European Research Council (ERC) proposal entitled, “State Political Violence and the Governance of Hope.”  I am also working with Professor Sheehi Stephan on putting together a special issue of the State Crime Journal on “Abolitionism and State Crime.”  As a part of a joint project, Professors Lila Abu-Lughod (Columbia University), Rema Hammami (Birzeit University), and I are completing a special issue on the canning of gender-based violence (GBV), with three main analytical pillars: securitisation and GBV, state crime and GBV, and humanitarianism and GBV.  Furthermore, Professor Nadim Rouhana (Fletcher School of Law and Diplomacy) and I submitted an edited volume to Cambridge University Press, entitled When Politics Are Sacralized: International Comparative Perspectives on Religious Claims and Nationalism.

I have authored numerous books, including Militarization and Violence Against Women in Conflict Zones in the Middle East: The Palestinian Case Study (2010) and Security Theology, Surveillance and the Politics of Fear (Cambridge University Press, 2015).  I recently published a book examining Palestinian childhood, entitled Incarcerated Childhood and the Politics of Unchilding, and an edited volume, Understanding Campus-Community Partnerships in Conflict Zones. Currently, I am co-editing a book on Islam and gender-based violence.

My writings connect the disciplines of criminology, social work, feminist critical theory, psycho-social intervention, and law and society. My research is based primarily on a bottom-up analysis of structural oppression to assess the effects of militarism, securitisation, racism, settler colonialism, and gender-based discrimination on “otherization” and collective trauma. Given the significant dangers that totalising theories pose to social workers, criminologists, and socio-legal scholars, my theoretical approach stresses the importance of advancing de-colonial theorisation,and liberatory interventions as well as civic and social engagement.

Over the past 10 years, I have endeavoured to study the effects of securitisation, military occupation, and settler colonialism. This key area of interest is reflected in my recent book, Security Theology, Surveillance and the Politics of Fear (Cambridge University Press, 2015). In the book’s final three chapters, I examine the ways in which colonised populations are trapped within overlapping technologies of violence. These technologies enable intensified securitisation, surveillance, and criminalities affected by bio-political and geopolitical regimes of surveillance and control. I have also pursued this line of analysis in recent publications for local and international professional journals in both Arabic (Journal of Palestine Studies, 2011; Bahithat, 2012) and English (British Journal of Criminology, 2013, 2015, 2017; International Journal of Applied Psychoanalytic Studies, 2015, 2020). Pursuant to this line of research, I recently published a book manuscript examining childhood in the context of settler colonialism, putting forth the concept of “unchilding” (2019). To better understand this topic prior to publication, I investigated the manner in which childhood is stolen from children surviving the criminality, surveillance, and fear resulting from settler colonialism in a number of recent publications (Borderlands, 2014; British Journal of Criminology, 2015, 2018; International Journal of Applied Psychoanalytic Studies, 2015; Settler Colonial Studies, 2015; Canadian Journal of Women and Law, 2019).

Finally, in addition to producing wide-ranging scholarship, throughout my career I have strived to create research-based policy interventions and direct major academic programs. I have served as the director of a gender studies program, co-director of a project entitled “The Fusion between Religious Claims and Nationalism,” which looked at the case-studies of South Africa, India, Sri Lanka, Israel/Palestine, Ireland, and the former Yugoslavia; and co-director of a newly founded project at Columbia University (New York) on religion and framing of gender-based violence. As a professor and mentor, I supported the development and training of the next generation of young scholars and leaders in academic and community settings.

I am currently supervising six PhD students, and two MA students, Faculty of Law–Institute of Criminology and School of Social Work and Social Welfare, The Hebrew University of Jerusalem

Membership in Editorial and Advisory Boards