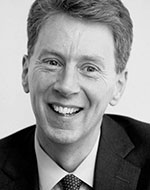 David Pope practised as a commercial barrister in London for over 20 years. He began his career as a member of 3 Verulam Buildings before joining the pioneering advocacy group at global law firm Dentons. He returned to the independent Bar in 2013 and is now a door tenant at Outer Temple Chambers.
David specialised in banking litigation throughout his career as a barrister, acting for many of the UK’s largest financial institutions. He also represented a range of other commercial clients, including Big Four accountancy firms, and multinational energy, media, and hotel companies.

Since 2010, David has been a Teaching Fellow at University College London. His course on advocacy and classical rhetoric has been taken by several hundred students from around the world. In addition to teaching, David trains practising lawyers on litigation skills and helps factual and expert witnesses prepare for trial.