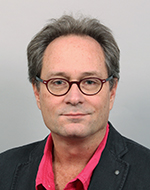 Hans Lindahl holds the chair of legal philosophy at Tilburg University, the Netherlands, and a chair in global law at Queen Mary University of London. He obtained law and philosophy degrees at the Universidad Javeriana, in Bogotá, Colombia, before taking a doctorate at the Higher Institute of Philosophy of the University of Louvain (Belgium) in 1994. He has worked since at Tilburg, first in the Philosophy Department, currently in the Law School. His primary areas of research are legal and political philosophy. Lindahl has published numerous articles in these fields. His monograph, Fault Lines of Globalization: Legal Order and the Politics of A-Legality, was published with Oxford University Press in 2013 (also published in Italian and Spanish translations). A follow-up monograph, Authority and the Globalisation of Inclusion and Exclusion, was published with Cambridge University Press in 2018. His current research is primarily oriented to issues germane to globalization processes, such as the concept of legal order in a global setting; the relation of boundaries to freedom, justice, and security; a politics of boundary-setting alternative to both cosmopolitanism and communitarianism; transformations of legal authority and political representation; immigration and global justice; collective identity and difference in the process of European integration. In dealing with these topics Lindahl draws on (post-)phenomenology and theories of collective action of analytical provenance, while also seeking to do justice to the nitty-gritty of positive law.

My primary areas of research are the philosophy of law and political philosophy. As concerns the philosophy of law, my research has focused on  the concept of legal order in a global setting; constituent power; legal authority; transnational constitutionalism; migration and the EU’s ‘Area of Freedom, Security, and Justice’. My research in political philosophy has explored issues pertaining to political agonism; representation and democracy; politics beyond cosmopolitanism and communitarianism; politics and indexicals; collective identity and difference. My current research focuses on  ‘geoconstitutionalism’, the name I give to an inquiry into reimagining the conditions for authoritative lawmaking in the Anthropocene. In dealing with these topics Idraw on (post-)phenomenology and theories of collective action of analytical provenance, while also seeking to do justice to the nitty-gritty of positive law.

I currently participate as a senior researcher in six-year, €1.2 million research project, ‘Constitutionalizing in the Anthropocene’, funded by the Ministry of Education of the Netherlands.