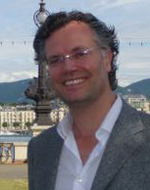 with the financial support of the Erasmus+ Program of the European Union, which funded my Jean Monnet Chair in EU International Economic Law (project number 575061-EPP-1-2016-1-UK-EPPJMO-CHAIR).

In 2011-2013, he served as a Marie Curie COFIT Senior Research Fellow at the World Trade Institute (University of Bern) in the framework of the EU FP7 research fellowship programme. He has thrice been a Drapers' Award nominee for excellence in teaching. In 2008, Rafael was named the best teacher of the University of Vienna School of Law 2008 Summer School (NICLAS), of which Queen Mary University of London is a participant. From 2006-2009, he was Deputy Director of Graduate Studies at CCLS.

Rafael supervises LLM and PhD dissertations in his field of expertise. He successfully won several research grants, most notably a grant of EUR17 million as part of a consortium of 21 institutions for the WiseGRID project to work on renewable energy and smart grids, funded by the European Union’s Horizon 2020 program on research and innovation, where he serves as a principal investigator.

In 2016, Rafael provided expert advice to the House of Lords on post-Brexit EU-UK trade agreements. In 2021, he provided written evidence to the International Trade Committee of the House of Commons on the connections between climate change and international trade. Rafael serves as an expert of the group “Measures to Address Climate Change and the Trade System” in the framework of E15, an initiative jointly implemented by the International Centre for Trade and Sustainable Development (ICTSD) and the World Economic Forum (WEF), which brings together “over 200 experts from academia, practitioners, business and former policy makers, in defining the ideas, strategies and scenarios for how the global trade system can meet the challenges and demands of the world economy and sustainable development today and in 2025.”

Rafael acted as a judge in the 4th annual International Moot Court competition at Gujarat National Law University (India), as a fellow at the Sustainable Energy for All Secretariat, Washington, D.C, as a legal consultant to the World Bank’s energy team, the Energy Charter Secretariat’s trade and transit department and the World Trade Organization's legal affairs division, has served in the United States Court of International Trade (Chambers of Judge Pogue), and has clerked at the European Court of Justice (Chambers of Advocate-General Kokott) as well as the Court of First Instance of the European Communities (Chambers of Judge Lindh). He was an intern at the European Commission General Secretariat (Forward Studies Unit) where he participated in the Young Leaders Summit 2000 (Okinawa, Japan), EU Council of Ministers Legal Service (External Relations Team), European Parliament General Secretariat (Directorate-General for Research), United Nations Secretariat (Economic and Social Council) and the European Commission Delegation to the United Nations.

He has presented papers at conferences in the US, Canada, Europe, the Far East, Africa, Oceania, Latin America, South East Asia, and the Middle East, serves as the Editor-in-Chief of Renewable Energy Law and Policy Review, is on the editorial board of European Energy Journal, Journal of Security Studies and Global Politics, Geopolitics under Globalization, and Asian Social Science Journal. He is a reviewer for several leading international journals as well as the university presses of Oxford and Cambridge. He is also a reviewer for major grants of research councils. Rafael has been invited to speak at OECD and G8 international conferences.

Rafael completed his graduate legal education with a PhD and four Master’s degrees: a JSM from Stanford Law School, an LLM from Columbia Law School (where he obtained the Parker School Certificate for Achievement in International and Comparative Law), an MPhil from the London School of Economics and Political Science, and a PhD as well as an MA in legal research from the European University Institute (Florence, Italy). He complemented his education further with executive programs at Harvard Kennedy School of Government, Yale University, and the University of Oxford.

He completed his BA as well as his first law degree (LLB) at the universities of Granada (Spain), Regensburg (Germany), Bologna (Italy) and Angers (France).

He is a qualified attorney in Madrid and speaks English, Spanish, French, German, Italian, Ladino and conversational Portuguese. Rafael swam in the Junior Olympics and ran the Brussels marathon.

Rafael has thrice been a Drapers' Award nominee for excellence in teaching. In 2008, Rafael was named the best teacher of the University of Vienna School of Law 2008 Summer School (NICLAS), of which Queen Mary University of London is a participant.

Professor Rafael Leal-Arcas welcomes proposals for PhD supervision in the broad fields of international economic law (including 'trade and' issues such as trade and energy, trade and climate change) and EU external economic relations.

August 2021 School of Law, Wits University, South Africa
External examiner for Ph.D. defense of doctoral candidate Vieviene Antifon on ‘The harmonization of international energy trade and environmental protection within the framework of the Paris agreement on climate change

January 2020 University of Groningen, Faculty of Law, The Netherlands
External examiner for Ph.D. defense of doctoral candidate Cees Verburg on 'The Modernization of the Energy Charter Treaty'

July 2016 University of Dundee, United Kingdom
External examiner for Ph.D. defense of doctoral candidate Erebi Doreen Ndni on trade in energy: ‘International trade in oil and the World Trade Organization: Towards the resolution of the producer-consumer dilemma’

June 2011 University of Essex School of Law, United Kingdom
External examiner for PhD defence of doctoral candidate Ms Shengxiang Wei on WTO law:
‘The exercise of discretion in anti-dumping regimes, with reference to the substantive rules of the WTO, the WU, and China’

He is the author of more than 200 scholarly publications in international peer-reviewed journals. His work has been cited over 1,587 times, with i10-index 52, according to Google Scholar, and downloaded more than 49,767 times on the Social Science Research Network (SSRN), placing me among the most downloaded legal scholars on SSRN world top law authors out of 3,000. This is an indication that his work attracts a lot of interest.

Since my PhD completion, I have published a total of 17 books, among which I have:

His work is ground-breaking because he conducts analysis at the crossroads of various issue-areas (such as EU external relations, international trade, investment, climate change, and energy) from an interdisciplinary perspective. He serves as an evaluator for the 2020 UK research excellence framework.

Since 2010, he has been awarded several major multi-year grants, most recently a €14-million research grant as part of a consortium on smart grids funded by the EU Commission’s Horizon 2020, the first ever Jean Monnet Chair in international economic law in the UK, awarded by the EU Commission (only five Chairs were awarded in the entire UK in 2016), a two-year FP7 Marie Curie COFUND Fellowship, and a small grant by the Swiss National Science Foundation. He is a reviewer for major research funding agencies/grants, several leading international journals as well as the university presses of Oxford and Cambridge.

In 2016, he provided expert advice to the House of Lords on post-Brexit EU-UK trade agreements. He serves as a subject expert to the World Economic Forum in conjunction with the International Centre for Trade and Sustainable Development, as part of the experts team on ‘Measures to address climate change and the trade system.’ Between 2017 and 2020, he served as a member of the IUCN World Commission on Environmental Law. Since 2020, he is the Editor-in-Chief of the International Journal of Public Law and Policy. Between 2014 and 2017, he was the Editor-in-Chief of Renewable Energy Law and Policy Review. He has been quoted in and interviewed by the media in major newspapers and TV news channels such as CNN, which shows the impact of my work beyond academia. He was selected to present my research on climate change and trade at the Euroscience Open Forum 2012, July 2012, Dublin, Ireland. From 2008-2010, He served as expert on EU law in the American Society of Int’l Law. He represented the EU Commission at the Young Leaders G8 Summit 2000 in Okinawa, Japan.