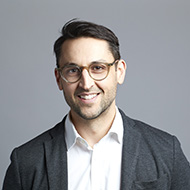 Jeffrey Kennedy joined Queen Mary, University of London as a Lecturer (Assistant Professor) in Criminal Law in 2018 and has served as Co-Director of the Criminal Justice Centre since 2020. He completed his doctorate at McGill University’s Faculty of Law and also holds degrees from McGill University (LLM), University of Leicester (LLB), and Queen’s University (BA). At Queen Mary, he teaches Criminal Law, Evidence, and Criminal Sentencing, and his teaching has been recognized with a President and Principal’s Prize and Education Excellence Award, as well as being shortlisted for Oxford University Press' national Law Teacher of the Year (2022).

Jeff’s core research interests relate to criminal law and theory, with a focus on the public and political dimensions of criminal justice. His current research theorizes criminal sentencing as a site of public decision-making and also explores the democratic aspirations of legal and higher education. He is an affiliate of the Deliberative Governance and Law project, and a member of the Centre for Law, Democracy, and Society.

Throughout his academic career, he has maintained active involvement in a variety of initiatives related to the themes of democracy and criminal justice, and has worked closely with currently and formerly incarcerated individuals in Canada’s federal prison system. He has also been an advocate and organizer for democratic innovation in educational settings.

Jeffrey’s research interests are primarily at the intersections of criminal law and democracy, and his work typically takes an interdisciplinary approach that draws on law, political science, and philosophy. His principal research project focuses on criminal sentencing and the ways in which the ideals of deliberative democracy can not only ground sentencing in a public framework but also provide resources for interpreting and addressing its foremost challenges. Accordingly, he engages with a number of controversies in criminal justice including theories of punishment, victim participation, and mandatory minimum sentencing to demonstrate the ways in which our democratic ideals can inform the inner workings of criminal justice.

In other research, he has explored the relationships between democracy, legal education, and educational institutions from both empirical and theoretical perspectives. Recently, this has focused on the relevance of democratic innovations for more deliberative universities and the civic education they aspire to. He has also written on the perceived legitimacy of novel democratic institutions as one of the lead researchers in an inter-university research project funded through a newDemocracy Foundation Research Grant.

He is an affiliate of the Deliberative Governance and Law project, and a member of the Criminal Justice Centre at Queen Mary.

Media and Other Articles

Throughout his academic career, Jeff has had ongoing involvement with a variety of public and community-based initiatives related to the themes that run throughout his research. He has had in-depth involvement working with currently and formerly incarcerated individuals in Canada’s federal prison system, highlighted by his work with Montreal’s Communitas (2013-2018), where he served in a variety of roles, including Chair of the Board of Directors and Coordinator. He has also contributed to public discourse on criminal justice issues through media and government consultation.

Jeff has also been actively involved in initiatives related to democratic innovation and civic development. He is a co-founder and Director of Democracy In Practice, a non-profit organization dedicated to democratic experimentation and civic education, and has spoken and written about his involvement in democratic initiatives related to student government and prisoner reintegration. In 2021, he worked alongside a number of democracy organizations and co-organized the Students’ Jury on Pandemic Learning, a deliberative democracy pilot project through which students advised the School of Law on its management of the Covid-19 pandemic.