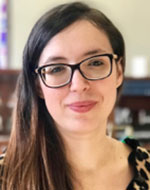 Following archival work at the University of Minnessota, Roxana is also currently unearting the way in which feminist and social work organizations, in particular the International Social Service, attempted to reform the field of private international law by connecting it to migration and refugee law and to socio-legal analytical methods after the First World War.