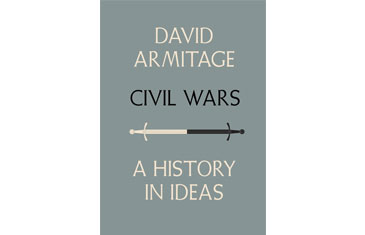 A new book symposium organised by the Centre for Law and Society in a Global Context (CLSGC) with the Centre for the History of Political Thought for Professor David Armitage’s book Civil Wars: A History in Ideas (Yale University Press).

David Armitage, MA, PhD, LittD, CorrFRSE, FRHistS, FAHA, is the Lloyd C. Blankfein Professor of History and former Chair of the Department of History at Harvard University, where he teaches intellectual history and international history. He is also an Affiliated Professor in the Harvard Department of Government, an Affiliated Faculty Member at Harvard Law School, an Honorary Fellow of St Catharine's College, Cambridge, and an Honorary Professor of History at the University of Sydney.

David Armitage is the author or editor of sixteen books, among them The Ideological Origins of the British Empire (2000), which won the Longman/History Today Book of the Year Award, The Declaration of Independence: A Global History (2007), which was chosen as a Times Literary Supplement Book of the Year, Foundations of Modern International Thought (2013) and The History Manifesto (co-auth., 2014), a New Statesman Book of the Year. His latest book, Civil Wars: A History in Ideas, will appear in early 2017.

He is co-editor of two book series with Cambridge University Press, Ideas in Context and Cambridge Oceanic Histories, a Syndic of the Harvard University Press and a member of the Steering Committee of the Center for the History of British Political Thought at the Folger Shakespeare Library. In 2006, the National Maritime Museum in London awarded him its Caird Medal for “conspicuously important work ... of a nature that involves communicating with the public” and in 2008 Harvard named him a Walter Channing Cabot Fellow for “achievements and scholarly eminence in the fields of literature, history or art”. In 2015, he received Cambridge University's highest degree, the LittD, for “distinction by some original contribution to the advancement of science or of learning”.