A special seminar with Professor Robert W. Gordon discussing 'The Return of the Corporate Lawyer-Statesman?', co-hosted by Centre for Law and Society in a Global Context (CLSGC) at Queen Mary University of London, the London School of Economics, and the Institute of Advanced Legal Studies. The seminar is chaired by Professor Michael Lobban (LSE).

Early in the last century, a handful of prominent (US) lawyers and business managers – including the corporate lawyer, public-interest lawyer and future Supreme Court Justice Louis Brandeis, and the General Counsel and later Chief Executive Officer of the General Electric Company -- developed a complementary vision of their role as leaders in business organizations. Managers would seek -- and encourage their lawyers to give, the advice that would help them to realize public goals in the course of profit-seeking; or to put this another way, to be responsible corporate citizens, aware of political and social trouble their operations might provoke, and harmful effects that might ensue, to collaborate to mitigate those conflicts and effects; and more positively to urge lawyers, in their capacity as advisers to business, to counsel managers to adopt business strategies that will increase the material welfare, and practical capacity for democratic citizenship, of their major constituencies – workers, local communities, clean and effective government.

The model of business-statesmen guided by lawyer-statesmen acquired new life in the “managerialist” era following World War II. The leading exponents of the model were large oligopolistic firms loosely associated in the Committee on Economic Development: taking advantage of imperfect competition to develop some leeway to pursue general social welfare objectives besides maximizing profits. This managerialist view collapsed around the 1970s, replaced by a near consensus that the only social responsibility of managers, as Milton Friedman put it, was to maximize their profits; and that the ethical responsibility of their lawyers was to help them do it, up to and sometimes even beyond the hard constraints of positive law.

Recently however, something like the older manageralist view of corporate responsibilities, and of corporate lawyers’ obligations to help guide corporations to be public-minded citizens, has begun to revive in the aftermath of multiple corporate scandals and the financial collapse. Among its leaders is Ben W. Heineman, one of Owen Young’s successors as General Counsel to General Electric and now teaching law at Harvard. He has been urging corporate lawyers to see beyond risk-management, and advise their clients to pursue public agendas serving the long-term interests of corporate clients and of global capitalism generally – while recognizing that the financialization of business management, incessant pressure to meet quarterly earnings goals and drive down costs, and the pervasive neoliberal contempt for much state law many forms of state law as parochial, protectionist and anticapitalist, necessarily complicates such an agenda.

My talk will briefly summarize the historical “corporate lawyer-statesman” ideal; some of its successes and failures in practice; the reasons for its collapse; some of the causes of its present (modest) revival; and some of the normative and practical arguments for and against it. 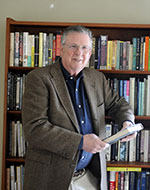 Robert W. Gordon is Professor of Law at Stanford University and Chancellor Kent Professor of Law and Legal History, Emeritus, at Yale University. He was educated at Harvard College and Harvard Law School, and has taught in the law faculties of the universities of Buffalo, Wisconsin, Toronto, and Oxford as well as Yale and Stanford. He has written on contract law, legal theory, and the history and current condition of the American legal profession and legal education. A book collecting his published and unpublished work in legal history, Law in History, History in Law: Taming the Past, will appear early next year from Cambridge University Press. He is at work on another project on the history, and future prospects, of the idea that lawyers should be servants of the public interest as well as the interests of their clients.