The Centre for Law and Society in a Global Context (CLSGC) and the Institute of Humanities and Social Science (IHSS) are holding a joint lecture by Lauren Benton. Her lecture is titled 'Constitutional Panics and Imperial Power;

This event will be chaired by Dr Maks Del Mar (QMUL). A drinks reception will follow for those in attendance.

A counterrevolutionary strike by lawyers, a wave of cases brought by slaves against masters, a charge of illegal torture by a governor—legal actions such as these drew together protest, reform, panic, and constitutionalism in the British empire. As officials scrambled to respond to perceived threats to order, they debated the proper contours of the imperial constitution and tinkered with structures of legal pluralism. Counterrevolution and proto-liberalism blended together in the process. This lecture follows cycles of colonial reform and legal panic as they resolved into calls for greater imperial power as a constitutional necessity in the early nineteenth British empire. 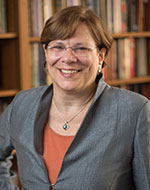 Lauren Benton is Nelson O. Tyrone, Jr. Professor of History and Professor of Law at Vanderbilt University. Benton is a scholar of the comparative history of empires, the history of international law, and world history between 1400 and 1900. Her most recent book, coauthored Lisa Ford, is Rage for Order: The British Empire and the Origins of International Law, 1400-1900 (Harvard University Press, 2016). Other publications include A Search for Sovereignty: Law and Geography in European Empires, 1400-1900 (Cambridge University Press, 2010); and Law and Colonial Cultures: Legal Regimes in World History, 1400-1900 (Cambridge University Press, 2002). Before joining the Vanderbilt faculty in 2015, Benton was Silver Professor of History at NYU.