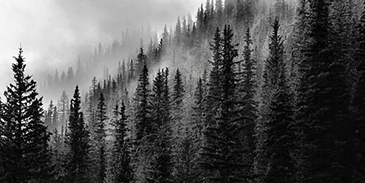 The Centre for Law and Society in a Global Context is delighted to host the 5th Annual Seminar in Scandinavian Legal Realism. Organised and chaired by Stuart Toddington and Henrik Palmer Olsen.

Lunch will be provided for those in attendance.

Titles and Abstracts of Papers

"Context or Concept? Draft of a Carnapian Peace Treaty between Kelsen and Ross concerning the Territories of Valid Law and Efficacy" by Professor Svein Eng

In the history of the philosophy of law in the twentieth century, Hans Kelsen and Alf Ross are two central interlocutors. At various points in time they had occasion to comment directly upon each other's works. A common feature of these exchanges is that they both declared their own theory to stand in a marked contrast to the theory of the other as regards the nature and place of normativity in the concept of valid law. In my presentation I shall argue that Kelsen's and Ross's analyses of valid law are closer to each other than what is generally assumed to be the case. Kelsen may be seen as being in agreement with Ross as regards the basis of normativity in reality; that is to say, in the end, Kelsen, no less than Ross, bases his reasoning on a psychological concept of norm. To show this, I shall argue for two theses: First, the differences between the conceptualisations in Kelsen and Ross follow a distinct pattern; they represent what I term different "reconstructions and redefinitions" - of normativity in general as well as of legal normativity in particular. Secondly, their disagreement on valid law and efficacy may be seen as a disagreement on which linguistic framework to choose, where the choice of framework is to be made on pragmatical grounds, that is, considerations of "fruitfulness", etc. Beyond such disagreement there is no room for ontological or other philosophical discussion. In particular, Kelsen's locating the requirement of efficacy in the context of the concept "valid law", not as a criterion in the concept itself, is too weak a basis to support the purported difference in principle between his own theory and that of Alf Ross.

The stigma of "plagiarism" (of Kelsen in Ross's Theorie der Rechtsquellen) accompanied Ross even after his death in 1979. In 1986 (in the paper Kelsen og Ross) Preben Stuer Lauridsen expressed the opinion that virtually all Ross's fundamental ideas were fully developed in Kelsen's work. It is also worth noting that Ross's biographer, Jens Evald, maintains that Ross never went further in his investigation that his role models (...) The originality of Ross' work is primarily to be found in his ability to transfer philosophical theories and discussions into legal philosophy and thus create new, fruitful discussions concerning the foundations of the study of law, tasks, methods and concepts, which taken as a whole can be seen as a new scientific paradigm that replaced older paradigms. Ross's biographer did not claim that we are faced here with plagiarism but instead he states: It is common in Denmark to regard Theorie der Rechtsquellen as an imitation of Kelsen's ideas of jurisprudence. In this paper I examine whether it really is the case that Ross did not create his own, new, and original approach to law and legal science? Is it reasonable to suggest that Ross's only scientific "achievement" was the transformation of the ideas of others?

Read some of Dr Urszula Grabowska's past papers.