Hosted by the Centre for Law and Society in a Global Context (CLSGC), School of Law, Queen Mary University of London. This seminar, entitled 'Private Transnational Governance as Ensemble Regulation: A Social Network Analysis', will be delivered by Professor Oren Perez (Bar Ilan University, Israel).

Over the past fifteen years, the structure of the global environmental governance system has undergone significant changes. From a system governed primarily by treaty-based instruments and their associated international organizations (IGOs) (UNEP, treaty secretariats), the system has evolved into a hybrid field that includes a plethora of private mechanisms (private transnational instruments, PTIs) that interact in various ways with the classic treaty based instruments. These private mechanisms include voluntary corporate codes, environmental management systems, “green label” schemes, environmental reporting standards, economic instruments green financial schemes, and green indexes.

Developing a better understanding the dynamics of this evolving hybrid system constitutes a major theoretical and empirical challenge for the research community. As I will argue it also has important consequences for the resilience of the global legal system. Two themes emerged as particularly prominent in the literature that sought to cope with this challenge: ‘regime complexes’ and ‘transnational networks’ (Gehring & Faude, 2013; Newman & Zaring, 2013; Orsini, Morin, & Young, 2013; Raustiala & Victor, 2004; Slaughter & Zaring, 2006). In this paper we want to discuss several problems or blind-spots in the way in which these two research strands have dealt with this challenge and to offer theoretical and empirical refinements. First, most of the literature on regime complexes and transnational networks has focused on the interactions between distinct treaty regimes (e.g., WTO and the UNFCC) and on the interrelations between national regulators (Gehring & Faude, 2013; Keohane & Victor, 2011) (especially following the influential work of Slaughter (Slaughter, 2002; Slaughter & Zaring, 2006)). Not enough attention was given to the role of private instruments in these regime complexes and networks (Perez, 2012) (Wood, Abbott, Black, Eberlein, & Meidinger, 2015). Thus, for example the question of the network structure of the field of corporate social responsibility codes (CSR-Codes) and the potential influence of this structure on the regulatory force of CSR-Codes has been left underexplored. Overall, this theoretical neglect reflects (unwarranted) under-appreciation of the capacity of private instruments such as CSR codes to exert regulatory power (Wood et al., 2015). A second blind spot in the current literature concerns the (relative) disregard of the insights of the literature on social network analysis (SNA) (Faure, De Smedt, & Stas, 2015; Slaughter & Zaring, 2006). While there is some work that attempts to employ ideas from SNA, it remains quite sporadic and has not targeted specifically the field of PTIs (Kim, 2013-14; Newman & Zaring, 2013; Orsini et al., 2013) (Fenwick, Van Uytsel, & Wrbka, 2014). This omission is troubling because SNA provides a wealth of theoretical and methodological insights that are directly relevant to the study of transnational regulation (Stephen P Borgatti, Jones, & Everett, 1998; Stephen P. Borgatti, Mehra, Brass, & Labianca, 2009; Easley & Kleinberg, 2010). The final problem is empirical. A major drawback of the contemporary research on PTIs – CSR Codes constitute a prominent example - is its fragmentary structure. The study of transnational CSR-codes for example is dominated by a piecemeal study of different sectors, e.g., forest management (Bernstein & Cashore, 2004; Meidinger, 2011) or on single codes, such as ISO 14001 (Potoski & Prakash, 2013) or SA 8000 (Leipziger, 2009). Because of the fragmentary nature of these studies, they have generally been unable to expose the structure and dynamics of the PTI field as a whole. This critique highlights the need to develop a more holistic research approach.

The paper seeks to respond to the foregoing critique by developing a new theoretical framework supported by a holistic empirical strategy (based on the methodology of SNA). First, we develop a new conceptual framework that draws on two ideas: ensemble regulation and distributed authority. Ensemble regulation refers to a network of autonomous regulatory schemes, sharing a common core of basic principles, and exhibiting positive enforcement and normative externalities. These positive externalities enhance the regulatory power and legitimacy of the network as a whole. The idea of distributed authority indicates that different elements of this network may play different roles and have different capacities (e.g., they may differ in the stringency of their compliance regime) and that through their inter-related interactions they create a system with normative capabilities. This framework also has important implications for analyzing the resilience of the global legal system. There is large literature that studies the implications of network structures to system’s resilience, in terms, for example, of adaptive capacity and immunity to external pressures (Bodin & Crona, 2009; Carpenter & Brock, 2008; Janssen et al., 2006). Second, we intend to conduct empirical analysis of the global CSR-Codes network drawing on unique database that consists of information on 55 CSR-codes. The database includes information on the governance structure of the CSR-codes and their members (or certificate-holders as applicable). We intend to use a multifaceted empirical strategy that combines SNA with institutional analysis. We analyze the CSR-codes system as a bi-partite (affiliation) network involving firms and codes, drawing both on topological analysis of the network structure and a dynamical analysis based on historical data regarding firms' certification patterns. The institutional analysis will focus on the relationship between the codes’ governing bodies and will complement the network analysis. Together these two empirical strategies should produce a rich, holistic map of the structure and dynamics of the global CSR-Codes network in a way that is missing from the current literature. 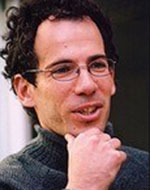 Oren Perez (LL.B Tel Aviv University, LL.M, Ph.D., London School of Economics and Political Science, 2001; BA Philosophy University of London, 2015) is a Prof. of Law at Bar-Ilan University, Faculty of Law. He primarily works in the fields of Environmental Regulation, Transnational Law, Legal Theory and E-democracy. Among his most recent publications are "Private Environmental Governance as Ensemble Regulation: A Critical Exploration of Sustainability Indexes and the New Ensemble Politics,"
12(2) Theoretical Inquiries in Law (2011) 543; Courage, Regulatory Responsibility, and the Challenge of Higher-Order Reflexivity, 8 Regulation and Governance (2014) 203–221 and The Hybrid Legal-Scientific Dynamic of Transnational Scientific Institutions Forthcoming, European Journal of International Law, 2015 Available at SSRN.