Co-hosted by the QMUL's Centre for Law and Society in a Global Context (CLSGC) and the London Legal History Group. This seminar, entitled 'A Fine Sauce of Wormwood and Aloes: Philosophy and Common Law Crimes in Enlightenment Scotland?', will be delivered by Dr Chloe Kennedy (University of Edinburgh). 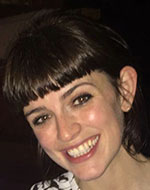 One of the distinctive features of Scots law is its extensive and malleable body of common law crimes. Both individually and collectively, common law crimes in Scotland have traditionally been regarded as possessing an inherent flexibility – a flexibility that allows for swift adaptation to the changing needs of ‘the community’ as they arise. A particularly striking example of this characteristic is the so-called declaratory power of the High Court of Justiciary: the ability of Scotland’s highest criminal court to declare conduct to be punishable in the absence of statutory authority or direct precedent. Unsurprisingly, this power has long attracted criticism on rule of law grounds. Indeed, despite having rarely been invoked explicitly since its emergence at the end of the eighteenth century, the power continues to vex its detractors.

In this presentation, I will consider the origins and early use of the declaratory power in light of some of the questions that occupied key thinkers in Enlightenment Scotland, such as the meaning of justice and its association with expedience, the relationship between universals and particulars, and the nature of social progress and its implications for the mutability of law. By doing so, I aim to provide a fuller appreciation of the declaratory power, which suggests how it might have made sense in the context of its development. Without this, the power can easily appear unequivocally baseless and arbitrary, especially to modern eyes. While a better understanding of the early workings of the declaratory power does little to vindicate its more recent use, it does prompt some more general reflections on our contemporary expectations of law and how we assume a theoretically-informed system of law ought to appear.

This event is open to the public. There is no need to register beforehand.