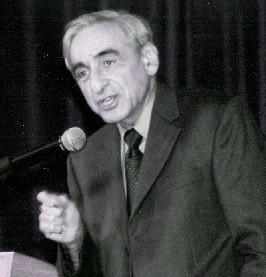 The IHSS welcomed Michael Walzer, Professor Emeritus of Social Science, to Queen Mary for a fascinating talk entitled, 'Authority and Populism in the Age of Trump'. This event was held in association with the Mile End Institute and the Stuart Hall Foundation. The talk covered everything from Jeremy Corbyn's foreign policy to the politics of bake sales.

Economic growth versus social justice and the complexities of capitalism

With rightwing populist and nationalist politics gaining strength around the world, what is the best way to understand and counter them? What lessons can countries facing rising far-right movements learn from each other?

During the course of the evening Professor Michael Walzer, one of America’s foremost political thinkers, presented a keynote speech in which he shared his insights into the rise of populism in the United States as well as the state of politics in the country more generally. In his view, there were many reasons why Donald Trump was elected. “I don’t believe in mono-causal explanations,” he said.

Read the coverage in full here.