When you study Mathematical Sciences at Queen Mary, you’ll be taught and supported by leading researchers who are passionate about their subject and who are behind pioneering, world-changing work. 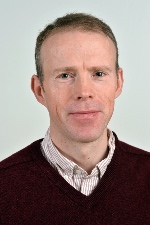 For students interested in how synthesising multiple types of data work, Dr Griffin is a Lecturer in Applied Probability whose research into modelling malaria transmission and control is having a global impact because it effectively reduces the transmission.

There are over 200 million reported clinical cases of Malaria each year, and with the disease estimated to cause over 440,000 deaths annually, it is one of the most prevalent causes of morbidity in the world.

Together with his co-authors, in 2016, Dr Griffin looked at the cost-effectiveness of introducing the RTS,S malaria vaccine in sub-Saharan Africa and compared it to how advantageous existing malaria interventions are. What Dr Griffin found was that the vaccine should only be implemented after other methods of intervention had been extensively used.

Simply put, the research showed that coverage of nets, house spraying and seasonal drugs should generally be prioritised across sub-Saharan Africa to using to the vaccine. So, by changing how malaria intervention programmes work in Sub-Saharan Africa, life-expectancy is improved in a cost-effective way. 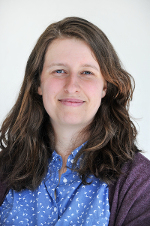 Dr Liverani is a Senior Lecturer in Statistics and member of the Statistics group who teaches the subject at both undergraduate and postgraduate level. Together in a research team with Dr Lucas Lacasa, she applied her academic expertise to a research project which predicted the future potential of early-stage start-ups can by assessing their existing professional relationships.

The team used 25 years’ worth of data from 41,380 companies, and with this, they created a visual network which mapped out connections between companies and their employees.

Their findings showed that when new start-ups quickly moved to a central position within the network, this was indicative of long-term economic success. Dr Liverani and the rest of the team were then able to use this approach to develop algorithms which predict success and which are two to three times more accurate and less labour-intensive than the current screening methods favoured by venture capitalists.

Dr Liverani feels passionate about her teaching work, which is complemented by other diverse areas of application, including genetics, epidemiology, road traffic accidents, football, environmental health and cardiac electrophysiology.