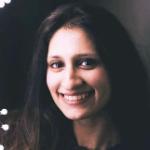 What did you study at Queen Mary and what are you doing now?
I studied BSc Hons Economics and Finance at Queen Mary. After graduating, I decided to pursue postgraduate studies at University of Cambridge, where I studied MPhil Economics and Finance. Currently, I am taking a gap year, which consists of applying to graduate jobs in the Financial sector and travelling around the world.

Why did you choose to study at Queen Mary?
It is one of the Top Universities in the UK and across the world, their Economics Faculty consists of the best lecturers who have great experience in their field whether they are ex-city workers or researcher, they provide a high quality of teaching.

Living in London, I was inclined to visit the campus on their open day, which I would recommend to everyone to get a feel for the environment and to ask as many questions. I asked the student ambassadors about the academic and non-academic opportunities available, which consisted of but not limited to, being an assistant researcher to lecturer, running/taking part in societies, going abroad for the summer or abroad as part of an exchange program with plenty of funding sources and having careers events. All these opportunities ticked the box for me, and I knew QMUL would be a place for me to flourish given the opportunities.

It was located in London, and the geographical factor played a major factor into my decision making as I wanted to study in London and enjoy the London life as a student. QMUL is located in between the City of London and Canary wharf - both of these locations hold importance for those students aspiring to land their dream jobs in the Financial sector. Personally, I knew if I chose QMUL, it would be easy to commute if I had an interview or event at a firm in these locations.

How did your time and study at Queen Mary help your career and development?
After graduating from QMUL in 2018, I became more aware about the opportunities that I actively took part during my years there and how it impacted my ability to pursue postgraduate studies and the ability to attain a job. I took part in Qconsult programme, I became a student ambassador, I had the opportunity to work with the Queen Mary marketing team as a marketing consultant and wrote a summer blog on the Economics Faculty social media platforms called ‘Summer of an economist’ , I took part in Financial Trading programme for 2 years outside my core modules led by an industry expert. Accumulating such experiences – have enhanced my CV and have helped increase my job prospects.

Why is it exciting to do what you do?
Since I am pursuing a career in the Financial sector, I was initially drawn to the fast-paced environment in the industry. I love a fast-paced environment to work in and anything less I would feel as if I’m not doing enough, that itself provide a challenge to the rapidly changing environment. I attended several networking events throughout my academic studies including an insight day which instigated a spark of interest into the financial sector, subsequently obtaining internships, where I applied the knowledge and skills, such as problem-solving, teamwork and leadership.  Here, I was able to gain first-hand cliental experience, which has made me realise the importance of developing a professional relationship and a broad network in the Finance industry. But ultimately, it’s being involved in the decision- making process that excites me the most, which in turn has a significant impact on individuals at a national and international scale.