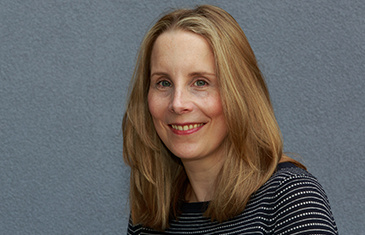 I am an intellectual and cultural historian of health concepts, currently focussing on psychological health and the child in twentieth-century Britain. My post-doctoral research is part of the Wellcome Trust-funded Living with Feeling project at the Queen Mary Centre for the History of the Emotions. Prior to joining Queen Mary, I completed my undergraduate studies in Physics and HPS at the University of Cambridge. I subsequently spent ten years producing and directing factual documentaries for the BBC before carrying out an MA and PhD in the History of Medicine at UCL.

My central research interest is the history and philosophy of concepts of health. My PhD thesis examined this topic from a biographical perspective, looking at the American philosopher and psychologist William James's explorations of different understandings of illness and health and their social, philosophical and religious contexts: ‘Re-writing the laws of health: William James on the politics and philosophy of disease in nineteenth-century America.’ My post-doctoral research extends my focus further into the twentieth century and explores the links between child-rearing ideas and practices and concepts of psychological health. Awards and Prizes: Young Scholar Award, Cheiron: The International Society for the History of Behavioral and Social Sciences, (2010) Friends of the Wellcome Library Prize for the Best History of Medicine MA Dissertation, (2007).

Co-developer of 'Developing Emotions': a schools outreach project initiated by the Living with Feeling project, which employs a multi-disciplinary approach to enriching children’s emotional literacy and wellbeing.

Medical humanities consultant on Planet Divoc-91: a comic series exploring the socio-political consequences of the coronavirus pandemic, co-produced with a young adult cohort.

Historical consultant and co-developer of 'The Walking Dead Immersive Experience' (Nov. 2019) on the emotion of fear at Thought Bubble comic conference.

Co-convener of 'The Museum of the Normal' (Nov. 2016), a large-scale public event challenging audience assumptions about ideas of normality and health. (Listed in Time Out magazine and shortlisted for the category of 'influence' at the Queen Mary University of London Engagement and Enterprise Awards).