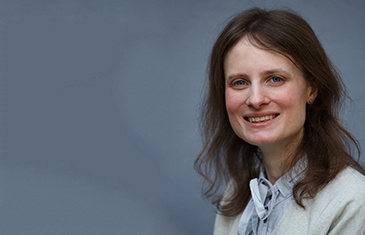 I am an historian of medicine, specialising in England c. 1550-1750.  I joined the Centre for the History of Emotions in 2015 as a Wellcome Trust Medical Humanities Fellow.  I am now an Associate Fellow, working on a book called The Secrets of Sleep, alongside my public engagement website Lives of Sleep.

Prior to coming to Queen Mary, I studied at Merton College, Oxford.  There I obtained a doctorate and an M.Sc. in the History of medicine and Science, and an M.A. in Modern History and English Literature.

My research focuses on the intersection between medicine, emotion, magic and religion.  My current project, funded by a Wellcome Trust Medical Humanities Grant, studies sleep in early modern England.  I am writing a monograph, The Secrets of Sleep, which explores medical theories and recipes for sleep in the context of debates around poison, witchcraft, and natural magic.

My doctoral research examined the attitudes of puritan physicians and clergymen to the problem of religious melancholy.  It challenged the assumption that puritans always saw despair in spiritual terms, revealing the extent to which they were influenced by medical interpretations of fear and sorrow as diseases of the body.

Alongside my own research project, I seek to foster interdisciplinary dialogue and broaden awareness of the significance of sleep.  My website Lives of Sleep (funded by the Wellcome Trust) makes sleep research accessible to the public.  Based on the work of historians, sociologists, scientists, photographers, film makers and story-tellers, it includes posts on fairy tales, the history of nightclothes and comparisons of sleeping patterns and sleeping environments from around the world.  In 2017 I organised the interdisciplinary workshop ‘Unravelled: The History of Drugs and Sleep Disorders’, which brought together philosophers, historians, researchers in English Literature and professionals from the performing arts.

I participated in the British Science Festival in 2021, with a reconstruction of sleep medicines in a seventeenth-century kitchen.  In 2021 I was also a runner-up in the BBC/AHRC New Generation Thinkers Competition.

My main research areas include:

Witchcraft and the supernatural

The history of madness and melancholy

‘The Noctambuli: tales of sleepwalkers and secrets of the body in seventeenth-century England’, The Seventeenth Century, 37 (2022). (Open Access)

‘ “The black lines of damnation”: double predestination and the causes of despair in Timothy Bright’s A Treatise of Melancholie’, Melancholia(ae): the religious experience of the ‘disease of the soul’ and its definitions, Études Épistémè, 28 (Dec, 2015). (Open Access)

‘ “That venerable, and princely custom of long-lying abed”: sleep and civility in seventeenth- and eighteenth-century urban society’, in James Kennaway and Rina Knoeff (eds.), Lifestyle and Medicine in the Enlightenment: The Six Non-Naturals in the Long Eighteenth Century (London: Routledge, 2020). (Open Access)

Lives of Sleep, a public engagement project funded by the Wellcome Trust.