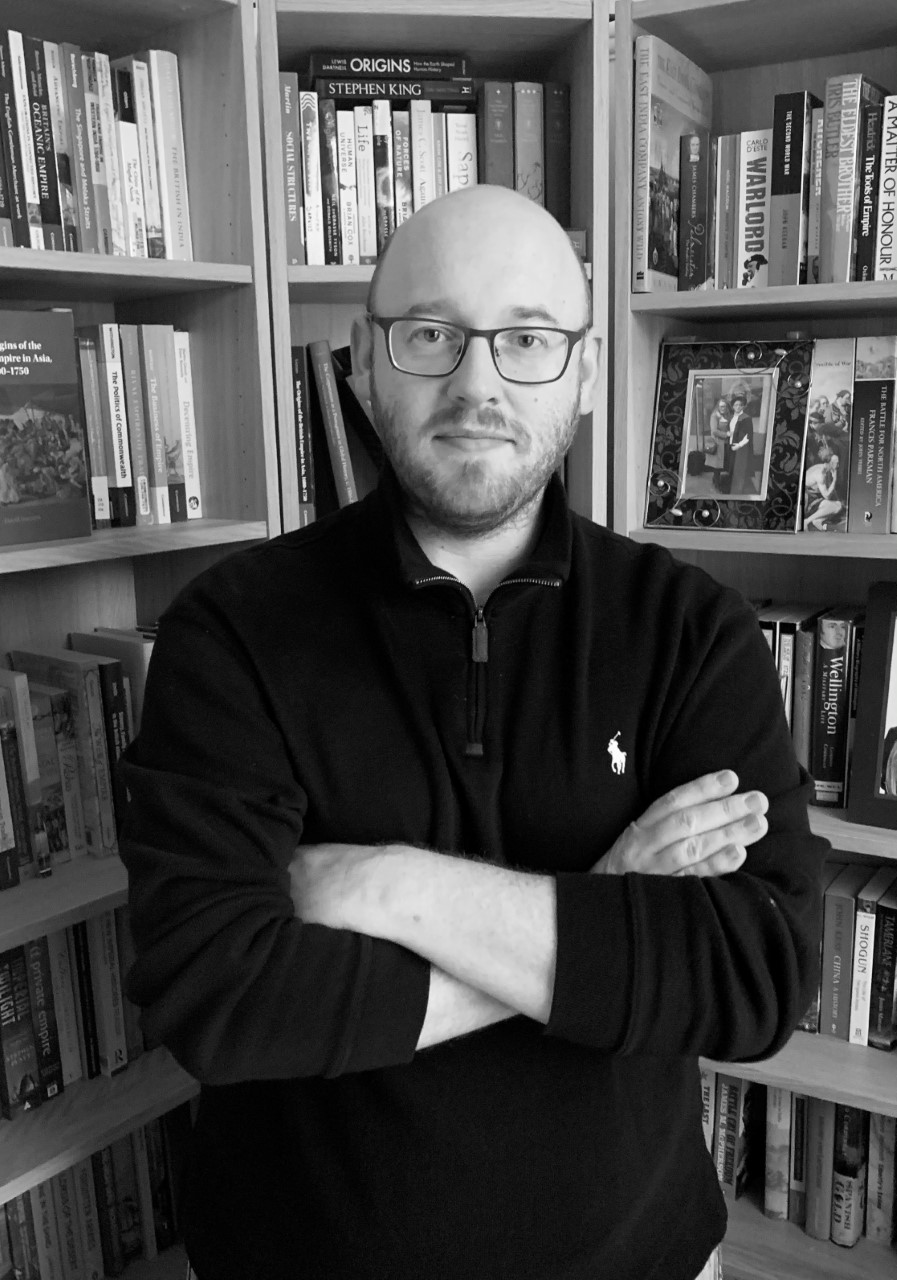 I joined the School of History at Queen Mary as a Leverhulme Trust Early Career Fellow in 2018. Previously I held a Postdoctoral Fellowship at the University of Kent, where I also completed my PhD in 2015. At Queen Mary I am investigating the resilience and adaptability of Asian constitutional environments in the early modern period (1500 – 1800), and the way they responded to the emergence of European communities and colonies in their regions.

My PhD explored the decentred nature of early modern empire and the role informal networks played in shaping the origins of the colonial state in Asia. In 2016 I joined a £1m Leverhulme Trust funded 5 year project at the University of Kent as a Postdoctoral Fellow, exploring the role trading companies played in the formation of the English constitution in the seventeenth century. Joining Queen Mary in 2018, I am undertaking a 3 year research project on the formation and characteristics of early modern Asian constitutional frameworks, and their responsiveness to the presence of European colonies and communities.

My first monograph was published in 2020 with Cambridge University Press. The Origins of the British Empire in Asia, 1600 – 1750 emphasises the Asian genesis of empire, and brings to light the way in which the English East India Company had to integrate itself into more powerful Asian states and societies in order to flourish and succeed.  Shifting our attention away from Europe and a European perspective, the book makes a strong case for privileging Asian agency and local contexts in understanding the Company’s development.

My new book, The Mirage of Empire: A New History of the World at the Dawn of British Expansion, will be forthcoming with Penguin in 2023. It depicts the crucial three centuries between 1500 and 1800 which make up the early modern world not as a period of Britain’s unstoppable expansion and the emergence of what the Victorians like to boast was an empire upon which ‘the sun never sets’, but rather as a culturally rich and politically diverse world made up of ambitious Asian superpowers, dazzlingly rich West African kingdoms, and expansive Native American chiefdoms. It takes the complex and dynamic societies and cultures of this early modern world on their own terms: not as inevitable victims of colonial conquest, but as powerful historical actors in their own right, capable not just of resisting British expansion, but of profoundly reshaping it according to their own interests and needs.