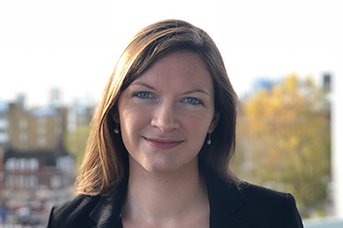 I studied Social and Political Sciences at Clare College, Cambridge, before taking the MA in History of Political Thought and Intellectual History at Queen Mary University of London. I then completed my PhD in the Department of Politics and International Studies at the University of Cambridge, working on the political thought of Hannah Arendt.

I have been at Queen Mary since 2017, predominantly teaching in the field of History of Political Thought and Intellectual History. My research interests are in twentieth century HPT, with a particular focus on German and Anglo-American thought. In 2019 I took up my current post as a Leverhulme Early Career Fellow, working on the project "Technological Determinism in Cold War Political Thought."

My doctoral work explored the work of influential mid-twentieth century political theorist Hannah Arendt, and how she understood the relationship between violence, power and politics. It sought to offer a new perspective on Arendt's thought by showing how she engages with questions about violence in politics rather than simply excluding violence from politics, arguing that Arendt is critiquing a particular form of violence, predominant in modernity, rather than rejecting the reality of violence and conflict in politics.

My current project is an intellectual history of ideas of the relationship between politics and technology in the Cold War, particularly amongst those theorists who were critical of the influence of technology on politics and society. It explores the thought of a number of thinkers from left to right - Adorno, Arendt, Ellul, Heidegger, Horkheimer, Jonas, Marcuse and Mumford - asking the question of how and why technology was considered to be so politically problematic by key political and philosophical thinkers during the Cold War.

The project thus seeks to offer a history of technology as a political concept during the Cold War, a term which became used in a particular way as a rhetorical weapon by these thinkers to represent a central threat to political norms or ideals – e.g. freedom, democracy, the rights of the individual.