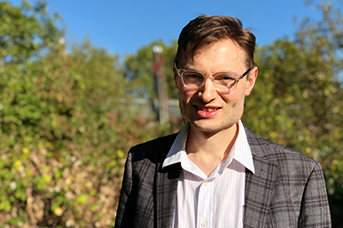 I specialise in modern German, Jewish and East European history. My research focuses on Jewish life in Germany after the Holocaust, and on Jews who found refuge from Nazi persecution in South Asia. I’m also interested in the histories of antisemitism, European socialism and, most broadly, the ways in which political decisions, policies and ideologies affect the lives of ordinary people.

My first book explored the large-scale migration of Jews from the former Soviet Union to Germany between 1990 and 2005, and the impact this made on Jewish communities. I have also published on Jewish identities in postwar West Germany, and on Jewish refugees in British India during the Second World War. Currently, I am pursuing a project on Nazi policy towards Jews in the Free City of Danzig.

‘Teaching the Holocaust in a “post-factual” world’, Wiener Library Blog (2018)

‘Still an opium? Contemporary Marxists versus Karl Marx on the question of religion’, LSE Religion and Global Society (2018)

‘Review of The Holocaust: A New History’, Reviews in History (2017)

I welcome applications from candidates wishing to pursue doctoral research modern German and Jewish history, including but not limited to:

Lecture: ‘Forgiveness and Retribution: The Holocaust in Popular Culture’, July 2020