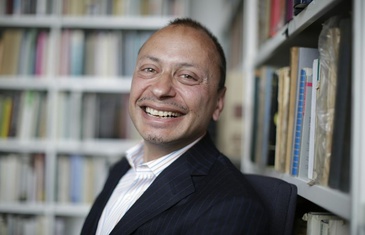 I joined Queen Mary in 2009 where I teach German-Jewish and European-Jewish History. I was educated at Swiss and German universities, and gained my PhD in History at the University of Basel. I have worked as a historical advisor and first assistant director on several Swiss films. In 2006, I joined the Leo Baeck Institute London and have been the Director since 2016. In 2016/17 I held the Lady Davis Visiting Professorship at the Hebrew University in Jerusalem. For the academic year 2018/19, I hold the Moritz Stern Senior Research Fellowship at Lichtenberg Kolleg, Institute for Advanced Study in the Humanities and Social Sciences, University of Göttingen.

HST6749 - The Holocaust and it's Aftermath in Literature and Film

My current research projects are ‘Feelings about Jews. Morality and Emotions in German Film, 1914-2014’ and ‘The Diary of Anne Frank on TV and Cinema Screens’. The first project seeks to investigate the connection between feelings about Jews, morality and violence in the context of both the build up to the Third Reich and the aftermath of the Holocaust in Germany, while the second project discusses the visual alignment of feelings about Jews with concepts of national history in Europe.

As a historian and film scholar, I draw on my previous experience as a fellow at the Independent Commission of Experts: Switzerland – Second World War (Bergier Commission), as a visiting researcher at the Centre for the Study of Antisemitism at Berlin’s Technical University, and as a curator of VIPER, the international festival for film, video and new media, Lucerne.

Carmel Heeley -  The Germans, the Jews and the Alps: How Moral Values, Bavarian Traditions and Sport Formed the Personal and Professional Relationships between German-Gentiles and German-Jews in Garmisch-Partenkirchen, 1920-1950.

Tabea Richardson - Divisive voices-deliberate vocations: 3 female protagonists and their take on the Christian-Jewish dialogue after the Holocaust; Gertrud Luckner, the activist, Eleonore Sterling, the historian and Jeanette Wolff, the politician

Rodney Reznek - A Vocabulary of Difference: How Jews Were Denied Entry to South Africa in the 1930's