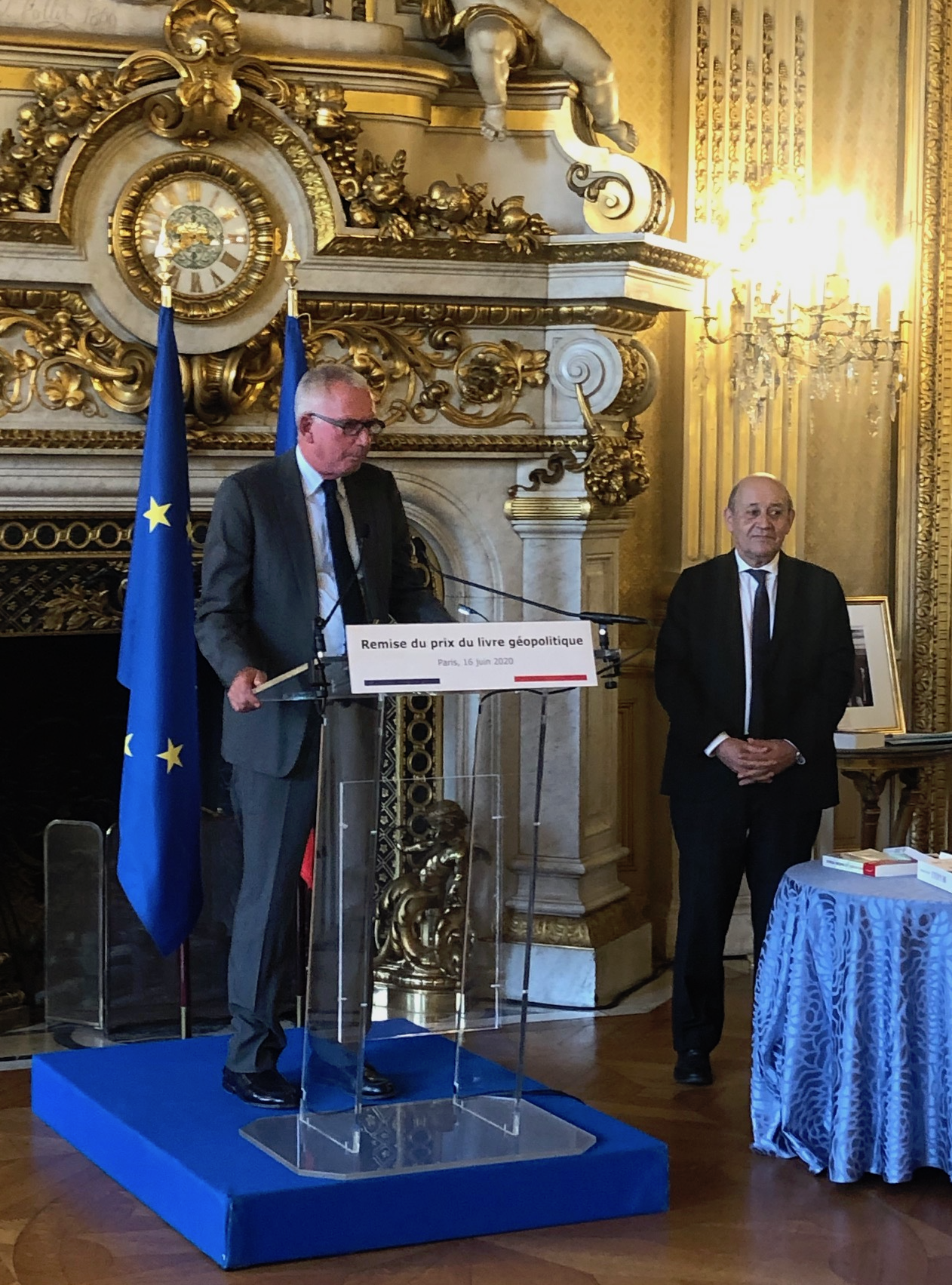 The French Minister of Foreign Affairs Jean-Yves le Drian, with a number of other former foreign ministers present including Hubert Vedrine who was on the Jury, gave an erudite and moving speech, celebrating Julian's achievement. The ceremony took place at the Quai d'Orsay and was the first such event to be hosted there since the lifting of lockdown restrictions in France.

You can read more about the award on the French Ministry of Europe and Foreign Affairs website.