The Nanovic Institute for European Studies at the University of Notre Dame has awarded the Honourable Mention in the 2018 Laura Shannon Prize to Professor Richard Bourke for his book Empire & Revolution: The Political Life of Edmund Burke. 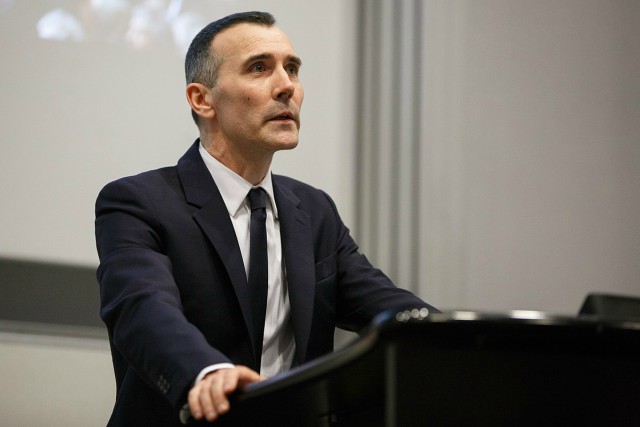 Richard Bourke is Professor in the History of Political Thought at the School of History, Queen Mary University of London. The jury commended his book, stating:

"Richard Bourke’s Empire & Revolution: The Political Life of Edmund Burke is a significant and carefully researched study of a towering figure in eighteenth-century European history and politics: Edmund Burke, the great rhetorician, politician, and political theorist. While some have dismissed Burke as irredeemably conservative, Bourke has recovered the political reformer, the opponent of colonial exploitation and royal overreach, and the unstinting advocate for oppressed peoples.

"To the image of Burke as a supporter of class distinctions, an “open aristocracy,” and a parliamentary monarchy, Bourke brings a great deal of nuance. One of the great achievements of this book is the author’s attention to Burke’s remarkable style and rhetoric—treating them not merely as secondary matters, but as integral components of his message. Well-grounded in the sources, clear in its methodological approach, and elegantly written, Empire & Revolution richly repays the effort of those willing to engage a study of this detail and density. It is a paragon of intellectual history."

The winner of the 2018 Laura Shannon Prize is Thomas W. Laqueur for his book The Work of the Dead: A Cultural History of Mortal Remains, published by Princeton University Press.

The Laura Shannon Prize and the Honourable Mention award, are among the preeminent prizes for European studies; awarded each year to the best books in European studies that transcends a focus on any one country, state, or people to stimulate new ways of thinking about contemporary Europe as a whole. This year’s cycle of the award considered books in humanities published in 2015 or 2016.