Spending time abroad during university is an enriching and exciting way for any student to broaden their horizons and perspective – and exploring the world is second nature to our geographers and environmental scientists.


Danial spent a semester at The University of Austin at Texas

Here at Queen Mary University of London we offer several opportunities for students who are interested in taking some time abroad – from summer schools to semester or year-long exchanges as part of our 3-year degree programmes; or as part of the 4-year variant of our degrees, which incorporates a full year of study abroad at one of our prestigious partner universities around the world. We like our students to develop a global perspective and each year they travel as far afield as America, Asia, Australasia and Europe.

Below, Danial Naqvi (Human Geography BA, 2019) reports back on the first semester of his second year that he spent in the USA.

“The land of the stars and stripes, the land of the free, the United States of America was my home for the last five months. Studying abroad in Texas was the most incredibly enlightening and culturally-enriched experience in my life so far. I studied at The University of Texas at Austin (UT), a top-tier public university located in the deep South. My study abroad experience can be summarised as — stereotypes broken, perceptions changed and appreciation gained.

“Two days after arriving in Austin on 23 August 2017, I wrote a list of what I wanted to achieve during my time across the pond. Firstly, my goal was to travel Texas and the rest of the USA, secondly and relatedly to explore Austin in full. Thirdly, as an aspiring journalist postgraduate, I wanted to work for The Daily Texan — the university newspaper with 30,000 papers in circulation every day. Fourthly, it was to meet great people and learn about their stories, this would lend into something very special that happened during my time abroad. Lastly, I wanted to improve my Spanish. Texas has close ties to Mexico in terms of culture, food and even advertisements on buses are printed in Mexican Spanish. Looking back, I have no regrets and achieved (nearly) everything I wanted. 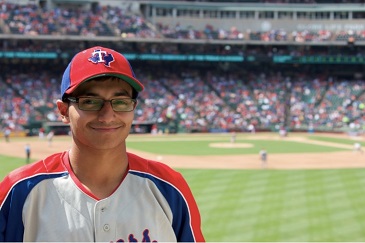 “Austin’s location lends itself to accessible travel around Texas and the USA. I have family located in the Dallas-Fort Worth area and in Houston too. I went to a Texas Rangers baseball game, the Six Flags water park and visited the JFK museum in Dallas and went to the science museum to see the solar eclipse in Houston, then braved a hurricane in Austin the week after. During my time in America I visited New York City, Los Angeles and New Orleans. USA and Texas travelled? I think so.

“Austin is a beautiful city. It’s considered to be in its own bubble, a liberal haven located in a conservative-minded population. The contrasting dynamic between the cityscape and the rolling hills out in the west created the perfect environment for working hard and playing hard. I visited Graffiti Park, Mount Bonnell, the Domain, South Congress and knew the UT campus like the back of my hand.

“On 31 August 2017, I was published in The Daily Texan with an article about housing for international students. I continued to write a further three times in the publication.

“I joined an organisation called GENUN which is a university branch of the United Nations. Attempting to apply the 17 Sustainable Development Goals to local causes in Austin. I volunteered and met 42 people who are geared to make global changes in the near future. Given the scope of modules I took at UT, I was very much influenced by my lecturers and peers, thereafter I started a social development project to learn about people’s stories and use it for future government advocacy. Without the people I met and the stories I learned in Austin, this project would never have started.

“I didn’t learn better Spanish, but I did learn better Urdu. I made friends with South Asians who became the study for my final anthropology project. I came home speaking broken Urdu, a sight that my mum never would’ve thought would be a benefit to going to Texas.

“Study abroad taught me that the world isn’t a scary place, we all have the same objectives on the basic level and that people are complex, interesting and need appreciation. I can’t wait to visit Austin again, meet life-long friends in London and be part of a network of individuals making real differences around the world.”