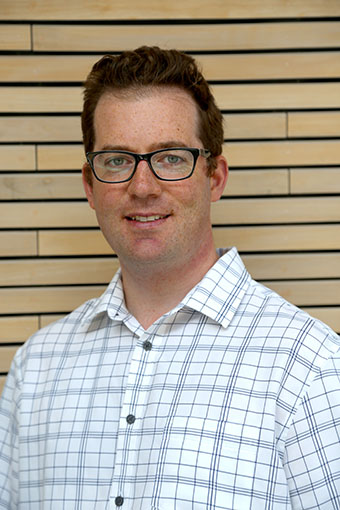 Your research focuses on Latin America – how did you become interested in this part of the world?

After graduating from the University of Bristol, I worked at the BBC but quickly realised that journalism wasn’t for me. I bought a one-way ticket to Rio de Janeiro, where I worked as a teacher for a year. The 2000s were a period of intense political change for Brazil, like much of Latin America, so it was fascinating to observe. I became involved with various political campaigns and then moved to Buenos Aires where I taught English at the University of Buenos Aires and got involved in local politics. Living and working in both of these cities developed my interest in urban politics. When I returned to the UK to undertake my PhD, my research began to explore grassroots politics. This was the time of the Occupy movement (2011), so to make some sense of what was happening here, I found myself reflecting on my experiences in Latin America. Much of what was taking place in the UK in 2011 had already happened in Latin America. Since then, my main academic interest has focused on the idea of ‘territory’ and its relationship with politics; why it might be necessary to control or occupy certain spaces.

You mention that your research focuses on ‘territory’ – could you tell us a bit more?

In recent years, my research has focused on how people conduct politics at a local level in a city – particularly on a neighbourhood level. Buenos Aires is a fascinating city to analyse because it has a long history of strong neighbourhood identities, which then inform local politics. You can’t go to a neighbourhood without coming across a local office for a political party, and the activists go out into the neighbourhood on a much more regular basis than in this country. In the UK, I’ve found that politics tends to be centrally-based and orchestrated in a very bureaucratic way. What I find interesting is that some of the political parties in the UK that have gained momentum in recent years (Momentum and UKIP, for example), have been adopting an approach that is similar to those in cities like Buenos Aires.

What are you working on at the moment?

At the moment, my research is focused on Buenos Aires. I’m researching a political party that was formed in 2004, called Nuevo Encuentro. In just a few years, the party had opened offices in every neighbourhood in the city, won positions in Congress and entered coalition with the government. They came from nothing, and my hypothesis is that they achieved this by working at a local level, organising territory. I am also investigating the political impact of government decentralisation: the creation of new councils at the neighbourhood level in Buenos Aires.

How have you been strengthening Queen Mary’s links with Latin America?

I wanted to set up a space that can really value our connections with Latin America, so I’ve organised a series of visits from Latin American scholars to Queen Mary. We’ve had two scholars visit so far this year, including a very well attended public lecture by Maristella Svampa; yesterday (Tuesday 17 July), we welcomed Professor Rogerio Haesbaert, a renowned geographer and public intellectual in Brazil.

There is much we can learn from our colleagues in Latin America, so I’m keen to strengthen our scholarly links and also to take forward some of the university’s legacies in the area – for example Professor James Dunkerley’s research and Dr Jeff Webber’s ongoing work in the region. With Queen Mary colleagues in the School of Politics and International Relations and in Global Public Health, I’ve set up a network that meet on a monthly basis to discuss Latin American research interests. I’ve also launched a UK-wide group – Latin American Geographies in the UK – which is open to all academics or post-graduate students with an interest in Latin America. We already have representatives from dozens of universities across the country, including the London School of Economics, King’s College London, and the Universities of Sheffield, Leeds, Bristol and Cambridge, to name a few. For those interested in these groups, please contact me for details.

Could you tell us a bit more about your teaching experience at Queen Mary so far?

While I complete my Leverhulme Research Fellowship (2016/19) I am only teaching at undergraduate level to allow time to research and publish. I really try to reflect Queen Mary’s global student body through my teaching, and encourage my students think about issues from a global perspective. One of my modules is called ‘Global Worlds’, and I ask students to think about how different places are interconnected, often in quite unequal ways. So I’ll ask them to think about what ‘development’ means for a British person in London, compared to a Bolivian in the Andes, for example. It has been incredibly rewarding to have students from Latin American and elsewhere in the Global South tell me how much they appreciate these “different” perspectives. In this regard, in the future I would hope to engage with the great work being done by students to ‘decolonise Queen Mary’.

What working initiative are you most proud of?

Spending six months as a visiting professor in Buenos Aires was a professional highlight for many reasons. On a weekly basis, I was invited to speak at local universities, as well as at governmental and non-governmental institutions. I also built strong relationships with local media and found that there was a real interest in why a British scholar wanted to research current affairs in Argentina. I’m going back to Argentina in November this year to host a research seminar with scholars from across Latin America. I’ll also be participating in one of the main regional conferences and feeding back my research to local non-governmental organisations.

How do you enjoy spending your time when you’re not working?

I have two young girls and so currently have little time for much else beyond them! However, when I can, I try to stay politically active and also enjoy going to Latin American gigs in London. I would also love to get back to playing music myself (I used to play drums in several bands).