A new study led by Queen Mary University of London and Warwick University has found that current EU trade policy does not sufficiently take account of the structural causes of poor working conditions. 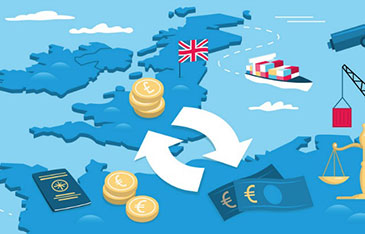 The paper, published in the journal Economic Geography, examined the relations between workplace and local labour regimes, global production networks and EU trade policy. The research focused on the Moldovan clothing industry, the leading export-orientated manufacturing sector in the country.

Moldova is one of the poorest countries in Europe and signed an Association Agreement with the EU in 2014. The UK accounted for 31 per cent of total EU clothing imports from Moldova in 2015.

Funded by the Economic and Social Research Council, the study found that strucural pressures to meet the demands of EU buyers and retailers were driving working conditions. Wages in particular were impacted, which in Moldova are among the lowest in Europe.

In newly established private firms there was also pressure from factory management not to allow trade union representation despite freedom of association being at the heart of the EU’s labour provisions.

Adrian Smith, Professor of Human Geography at Queen Mary said: “Our research has shown that current EU trade policy does not sufficiently take account of the structural causes of poor working conditions and as a result global production networks are able to exploit the current model, and indeed workers.”

The paper has implications for the UK government as it negotiates international trade agreements post-Brexit. The research highlights tensions in the role of governments in international trade policy - on one hand seeking to establish new spaces for market exchange whilst simultaneously trying to regulate employment conditions via international standards.

“Rather than simply replicating current EU models, future trade agreements should raise the bar to make a meaningful contribution to improving working conditions on the ground,” added Professor Smith.