Geodiversity still high on the agenda

‘Geodiversity’ is the abiotic equivalent of biodiversity and includes the variety of rocks, minerals, fossils, landforms, soils and geomorphological processes. Dr Murray Gray, Emeritus Reader in Geography, has published a book on this subject (Gray, 2013) and as a result is regularly invited to lecture around the world. 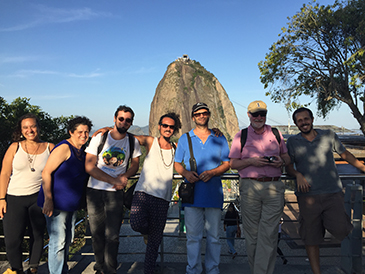 Dr Murray Gray (second from right) with staff and students from the Federal University of Rio de Janeiro on their way to the Sugarloaf Mountain.

In October 2017, Dr Gray spent two weeks in Brazil attending the 4th Brazilian Conference on Geoheritage where he taught a short course on Geodiversity and gave a plenary lecture. He also visited many important geological and geomorphological sites in the country including the spectacular Iguaçu Falls on the Brazil/Argentine border, believed by many to be the world’s best waterfall system. 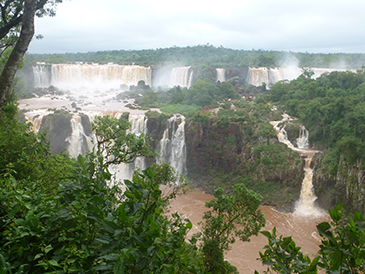 Iguaçu Falls on the Brazil/Argentine border

At the Federal University of Rio de Janeiro he visited its Museum of Geodiversity, gave a lecture to staff and postgraduates, and was given a guided tour of the city’s tourist sites including the Sugarloaf Mountain and the Corcovado Mountain with its huge statue of Christ the Redeemer.