Congratulations to the class of 2018

Over 130 students became graduates of the School of Geography and collected degree certificates in Geography, Environmental Science, as well as those with joint honours in Business Management during this year's summer graduation ceremonies – the largest event of the academic calendar at Queen Mary University of London. 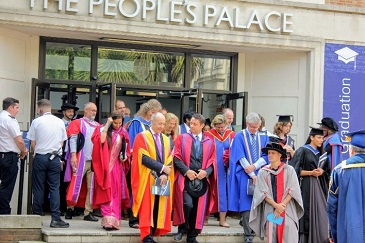 The Geography graduation ceremony took place on Wednesday 25 July, during one of the hottest weeks of the year in the UK, and was opened by Professor Colin Bailey President and Principal of Queen Mary. He wished students well for the future and said: “You are part of a global generation. Always remember that we are your university and that we will always be there for you.”

During the ceremony, Jules Pipe CBE, former Mayor of the London Borough of Hackney (2002-2016), currently Deputy Mayor for Planning, Regeneration and Skills at City Hall, received a Fellowship of Queen Mary University of London. 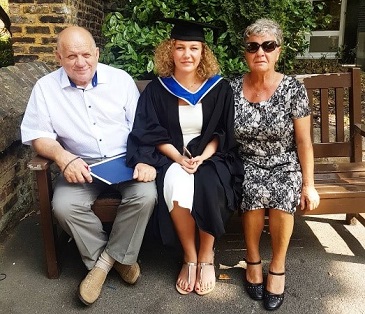 Following the ceremony, graduates of the class of 2018 gathered on the lawn outside the iconic Queens’ Building for the traditional group photo, and celebrated their achievements with peers, friends and family, as well as academic staff. Guests could enjoy refreshments and cuisines from all over the world as part a new food festival in Graduate Square, right next to Geography Building on our Mile End campus.

Some guests travelled from abroad, such as BSc Geography graduate Paulina Lanska’s grandparents who came all the way from Poland to see her graduate. She is excited to continue her studies with a masters degree at Brunel University of London next year.

Each year, the School of Geography gives out a number of awards during graduation in recognition of exceptional academic achievement. Recipients from the graduating third year included: 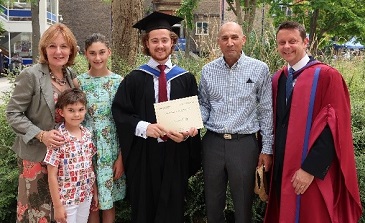 The Simon Tavana Writing Prize is awarded in memory of Simon Tavana, a former human geography student who tragically died in a car crash shortly after graduating from Queen Mary in 2004. Simon’s parents Deborah and Abi have become great friends of the School and always read the shortlisted prize entries and attend graduation. They were overwhelmed by a wonderful piece of writing from Simon Hardy.

Simon's essay focused on the topic of social media and orphanage tourism. Deborah said: “For me, Simon’s essay demonstrated the power of good writing in its ability to make the literature accessible whilst captivating the heart and mind of the reader. Given the student clearly poured so much of his own passion into the essay, I am sure that was his intention. He succeeded.” 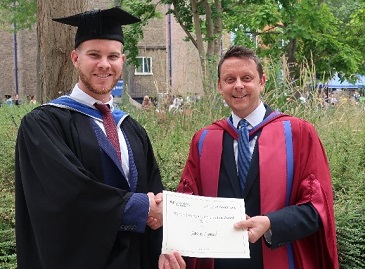 “Reflecting back after an incredible three years in the School of Geography, my degree has given me the self-confidence to believe in myself,” said Jason Lynch who was awarded a first-class degree. “I now feel equipped with the knowledge to discuss relevant, current local and global issues in depth with peers, friends and family. This acquired knowledge (along with hard work) will hopefully propel me towards a PhD and further research, something I didn’t think I’d be capable of before coming to Queen Mary. Moreover, the School of Geography has helped me develop as an individual by offering amazing guidance and opportunities that allowed me to speak at various conferences and work in the local community. I cannot thank the amazing staff enough!” 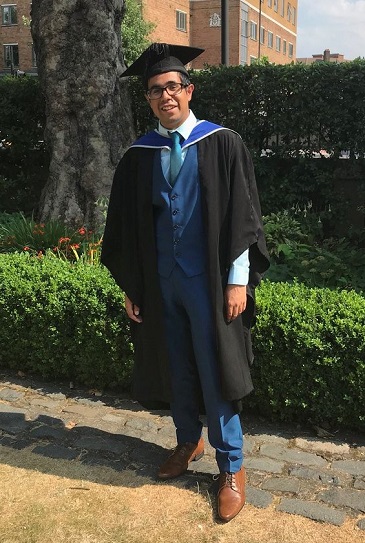 Jason engaged in all aspects of academic and social life at Queen Mary, from being President of the Geography Society and hosting the former President of the Maldives to being first team captain and Vice-President of the Queen Mary Mens Football Club, including playing on the world stage at the World Inter-Universities Championships, as well as sharing his research findings at the British Conference of Undergraduate Research. Jason is staying on for another year to complete an Environmental Science by Research masters degree at Queen Mary.

Aqeeb Akram, who is the first in his family to go to university and is starting a PgCE in September, said: “I’m extremely proud to have graduated with a 2:1 and to have received the Student Service and Contribution Award. I would like to thank all the staff at QMUL Geography who supported me throughout my degree, who I got to know well. I’ve thoroughly enjoyed my three years here!”

During their studies, Aqeeb, Jason and Will were also dedicated members of the School of Geography’s Student Ambassador Team whose job is to meet and greet prospective students, parents and teachers at a range of events throughout the year – work that is incredibly important to the School and our future students. They also participated in numerous outreach activities and mentoring programmes, including championing geography in local schools in east London. 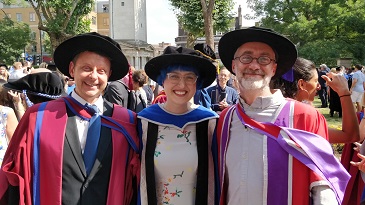 Dr Kristin Hussey who also graduated last week with a PhD in geography said: “It’s been such an amazing day with friends, family and loved ones celebrating the end of the PhD. Unlike a degree which ends with big exams and celebrations the PhD just fades away from submission so it was great to come back to celebrate.”

Her doctoral research - entitled 'Imperial Mobilities: Tropical bodies and the spaces of medical practice and research in London, c.1880–1914' - was supervised by Professor Alastair Owens and Dr Tim Brown and contributes to the fields of history of medicine, empire and historical geography by providing a spatial specificity to the study of imperial medicine in Britain.

She contended that medical practice was a crucial way in which the empire was domesticated in late nineteenth- and early twentieth-century London and that the body played a central role in this process. She argued that the tropical body can be used to understand how questions of disease and environment were intimately bound up in the production of race and power in the imperial metropolis. Kristin is currently curator at the Royal College of Physicians museum.

Head of School Professor Alastair Owens said: “My colleagues and I are delighted to celebrate the success of the graduating class of 2018. We have thoroughly enjoyed working with our undergraduate and PhD students who graduated today. Many congratulations on your achievements and very best wishes for the future. We look forward to keeping in touch and welcoming you back to alumni events.” 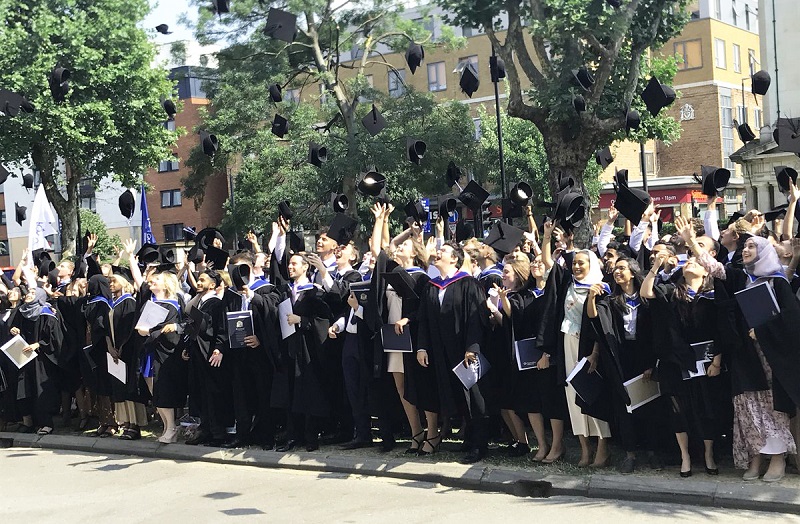