Geography BA student Toby Alexander O’Leary decided to undertake research into coffee shop culture in London and Berlin this summer. His research was supported by the QMUL Expedition Fund which offers financial assistance to undergraduate and postgraduate students for expeditions they would like to undertake during the summer vacation. Read a summary below from Toby. 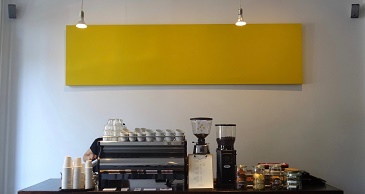 One of the many cafés where geographer Toby conducted his research

“Being a geography student at Queen Mary has taught me quite a few important lessons about conducting research and that there is no better way of showing the best of my abilities than by getting out into the field, and being active in the topics of study that I pursue. For my dissertation project, I had chosen to research into the design characteristics of coffee shops, the culture that thrives amongst them, and exactly what was allowing them to flourish amongst urban regions around the world. Therefore, it was necessary that I chose two case studies that would be comparable to use as my primary talking points. So, after a lot of consideration, I decided that I wanted to gather my data from two cities: London and Berlin. 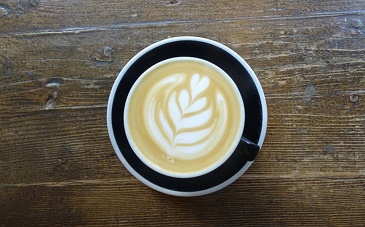 “The choice of using London was a no-brainer as I was going to be spending most of my summer here, and with prior knowledge of its vast coffee culture firmly rooted in the areas of Shoreditch and Hackney, I knew it would be a perfect example for my research. However, when it came to settling on my second case study, I wanted to choose a location that wasn’t too far to travel, that I was fairly familiar with, and that would be suitable to use. It was also important for me to find a city where there would not be a significant language barrier when it came to conducting the interviews. Given the history behind the dynamics of Berlin’s city centre, in relation to the divisions it had experienced after the Second World War, I was aware that most people within the city would be able to speak a common language: English. Along with having a reputation for being an international city supported with an equally strong presence of specialty coffee shops, it was clear to me that Berlin would also be a perfect destination to complete my research.

“However, when it came to the planning process behind the logistics of travelling to Berlin, not to mention the devastating impact it would have on my student overdraft, I came to a road block. Luckily, I used my initiative and scanned Queen Mary’s website to see if they had anything to give me a helping hand when I came across the QMUL Expedition Fund. It was really simple and easy to apply for the fund as all I needed to do was complete a few forms explaining the reasons for my travel, ensure that I would be covered by travel insurance, and that I had the approval of my head of department. Once I had been awarded the grant, I booked my flights and accommodation with ease, taking the pressure off the 'red zone' that I was currently in. 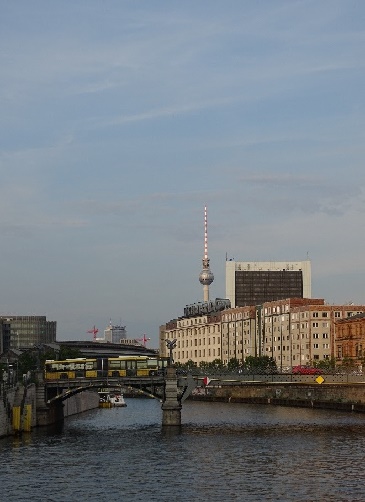 “Once I landed on German soil, I was ready and raring to begin the second stage of gathering my data over the next two weeks. I had already completed all the interviews I had arranged in London, so I was familiar with what was expected of me in relation to conducting good quality interviews that were applicable to all of my core research aims. Having mastered the somewhat complicated underground of London, getting to grips with Berlin’s transport systems was a breeze. I had arranged to stay with a friend of mine in Schöneberg which gave me a perfect base to the areas of the city I decided to investigate. The area was very well connected which made travelling to Friedrichshain-Kreuzberg and Mitte very simple. From then on, my days consisted of countless free coffees, for my troubles of taking a keen interest in local businesses, the odd stein and currywurst, and irritating blisters on the heels of my feet. Through a variety of questionnaires taken on the streets and interviews amongst some of the most popular bars and cafés in Berlin, I had obtained all the necessary data relevant to my project with a few days to spare. From there on, I considered my work to be done, and spent the last few days enjoying Berlin for what it is: enjoying solid German cuisine and a well-earned drink with my new-found friends, visiting the occasional art and museum exhibition and taking full advantage of the rich history and culture of the city.

“In doing so, I believe that by travelling to a new city and fully immersing myself in the day-to-day life of a completely different culture, I was able to learn new things about myself, but also what other cities have to offer. Had the QMUL Expedition Fund scheme not been in place, I would most likely have been unable to travel and get the necessary data for my project, which would have put me at quite a disadvantage. The fund not only allowed me to gain research experience relevant to both my dissertation and career prospects, it also allowed me to take my first solo trip abroad to explore a city that I’ve always been drawn to.”