What does it mean to live on or nearby the Kingsland Road, and what does home mean to residents living in an area characterised by diversity and change? 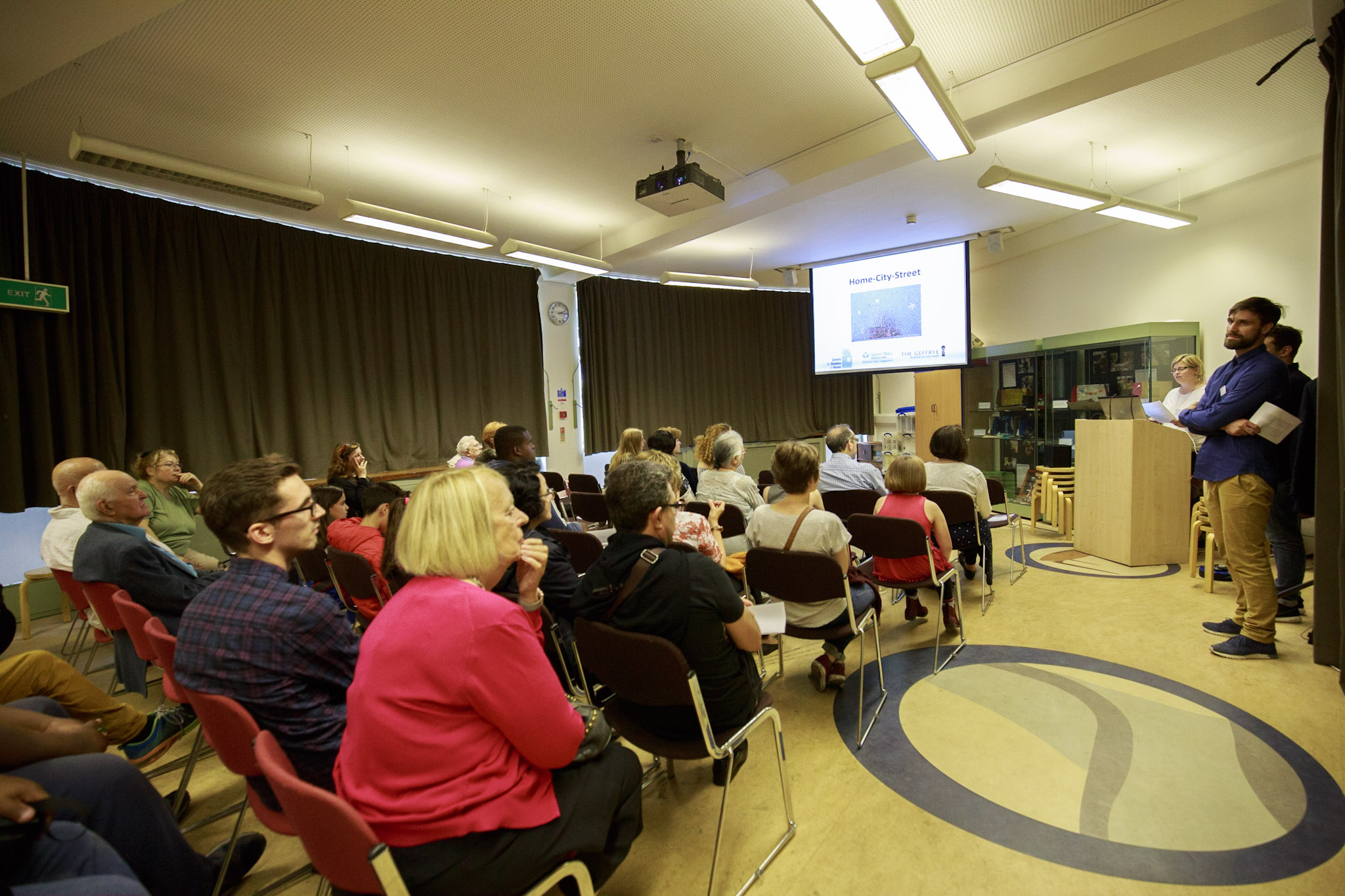 Professor Alison Blunt welcomes attendees to the event at the Geffrye Museum of the Home.

These questions were at the core at the final public event in the research project ‘Home City Street’, which took place on Saturday 15 July at the Geffrye Museum of the Home. The team of researchers, artists and museum staff have explored these questions through a range of activities over the past 10 months and the event disseminated some of the results — four short films, a number of photographs of people’s homes and their neighbourhoods, and actively asking questions in discussion and conversation with residents.

The short films were created in collaboration with film makers Eithne Nightingale and Mitch Harris and the four local residents: Ali, Liz, Debby and Mark. Ali came to London at the age of 14 in 1952 from Cyprus, and has been running the first kebab shop in east London on Kingsland Road since 1969; Liz, who used to live on the 12th floor on the Holly Street Estate in the 1970s before it was demolished, remembers good and bad experiences as she revisits the now regenerated neighbourhood; Debby who, as generations of her ancestors before her, has grown up and lived (almost) all her life in de Beauvoir Town looks back at how she used to frequent the Waste on Kingsland Road, and now seldom visits the road unless she is travelling away from the area; and Mark, 18, who arrived in London in 2002 and lives just 100 metres from the Geffrye Museum on the Geffrye Estate shares his experiences of growing up in Hoxton, his love for the area and how he intends to stay for the rest of his life. 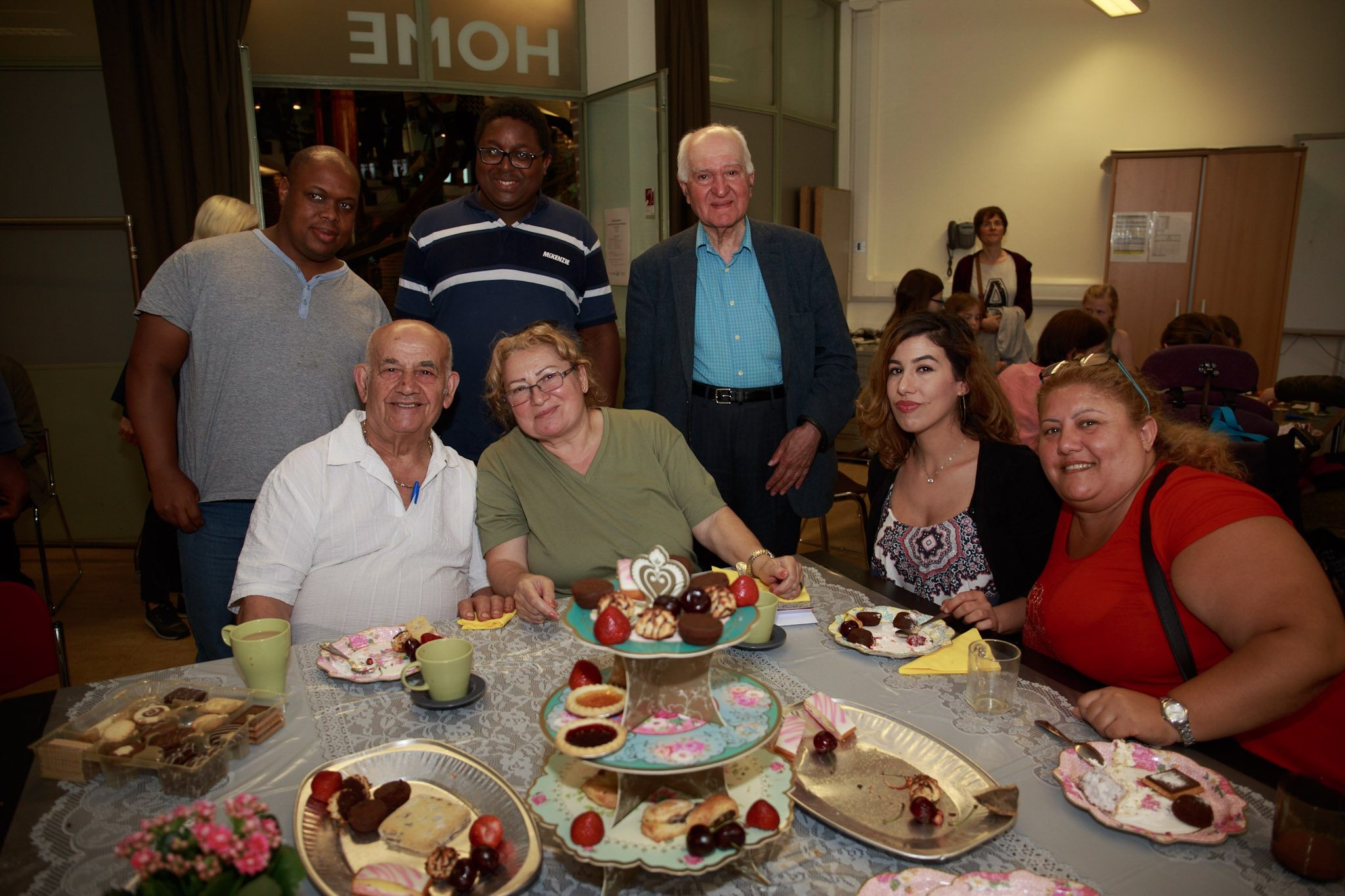 Each of the films takes the viewer on an intimate journey inside the residents’ homes, and unfolds their story of growing up or moving to and settling in the neighbourhood and the area. While there are clear differences to how the participants experience the area and particularly the more recent changes in the area’s socio-economical composition, the films touch upon common themes and all show how each resident harbours a rich sense of place and belonging.

Following the screening of the films the participants were asked questions by the general public which yielded a fascinating discussion about the meaning of home, and the possibility of living in an area characterised by significant change and gentrification. As one visitor explained, the films illustrated issues in a “meaningful way” as they highlighted “how similar people's feelings are when talking about home and belonging.” Another participant observed: “Old and young feel the same” they are “worried about change and prices going up”. An interesting range of issues were raised about how the research – that brings out intimate lived experiences of the domestic interior and how they are shaped by and give shape to the neighbouring city – can be used to change current trends and policies in housing and urban planning. A strong call was made for using people’s life stories, oral, and visual histories of past and longstanding residents to inform decision makers, but also newcomers, in an attempt to bridge between generations and ‘old’ and ‘new’ residents. 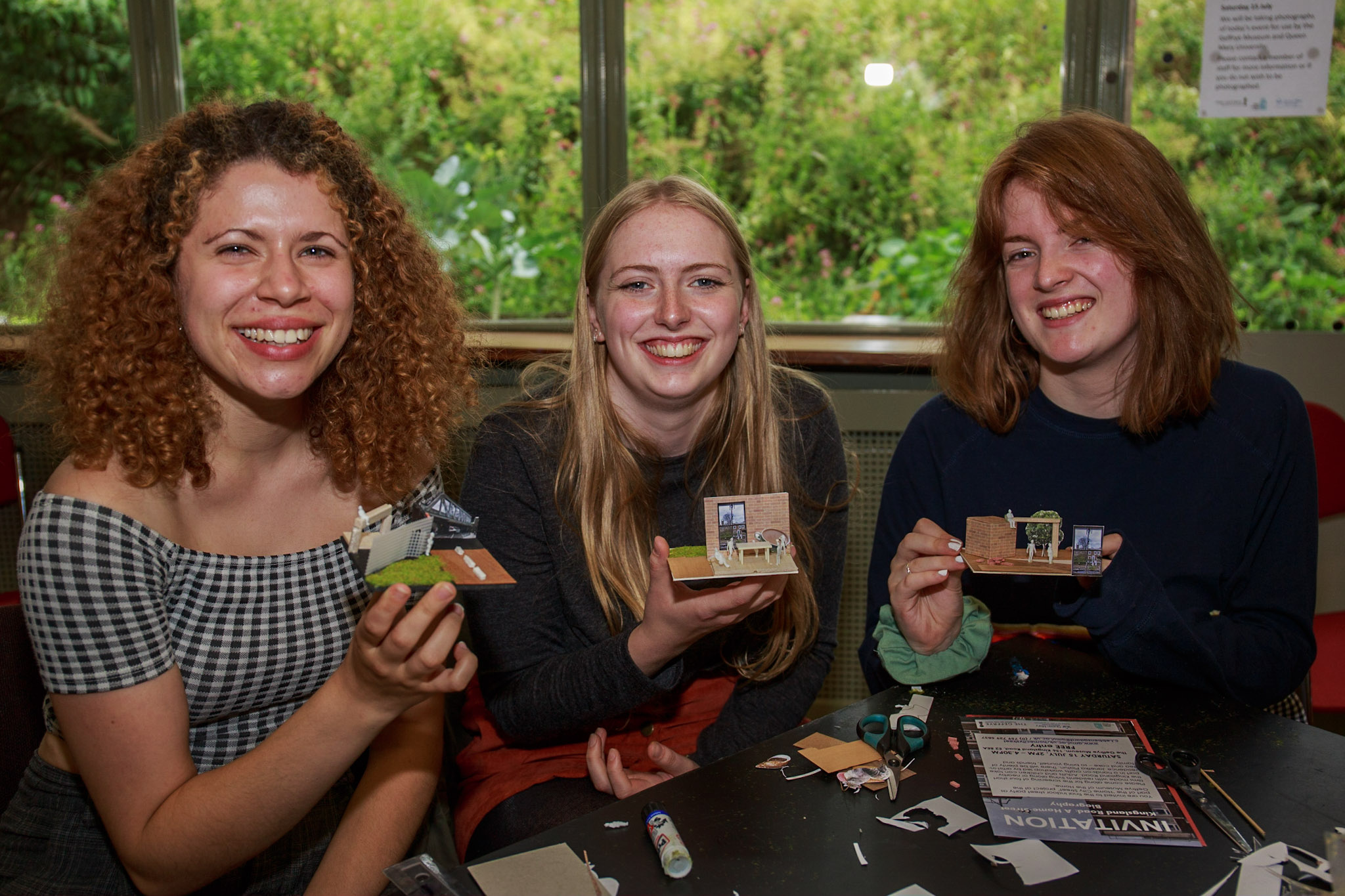 Participants were able to construct a 3D model landscape during the event, representing their landscape of belonging.

Visitors were then invited to the indoor street party, with tea, cake and coffee served at a long table with plenty of bunting. The informal setting allowed the conversations between residents who share the same experiences but hadn’t met before this event. As a visitor noted, “being able to chat to people after and ask questions was so interesting”.

Furthermore, artist Janetka Platun hosted a workshop asking people "what makes you feel that you belong?” To explore this question, participants were invited to construct a 3D model landscape making use of a range of materials and photographs of windows, doors and food along Kingsland Road. The landscape models which represent each participant’s landscape of belonging were then shown, photographed and gave people something to take home with them. As people commented, these activities and conversations enabled “people to get together again - continue the discussion.” And as she continued the event should aim at ensuring that people could meet again and continue the conversations in the future: “we need to be together.”

The future for the researcher and artists working on the project is therefore to take the momentum forward, disseminate and use the rich material that has been produced with residents to create awareness around the issues and interesting histories revealed.

The event was organised by researchers from QMUL’s Centre for Studies of Home – including Professor Alison Blunt, Head of School of Geography and Casper Laing Ebbensgaard, Postdoctoral Research Assistant – and in collaboration with the Geffrye Museum of the Home. The Home, City, Street research project was funded by QMUL’s Centre for Public Engagement (CPE). Read about the Home City Street first indoor street party here.