Over the August Bank Holiday weekend an exhibition telling the story of Tower Hamlets Cemetery Park, from its establishment in the mid-nineteenth century to its conversion into a Local Nature Reserve at the beginning of the millennium, was held as a part of the annual Shuffle Festival 2017. The festival, which was co-founded with the film director Danny Boyle, aims to promote greater community cohesion through cultural events that bring local people together and which make use of the cemetery’s abundant woodland and meadows. 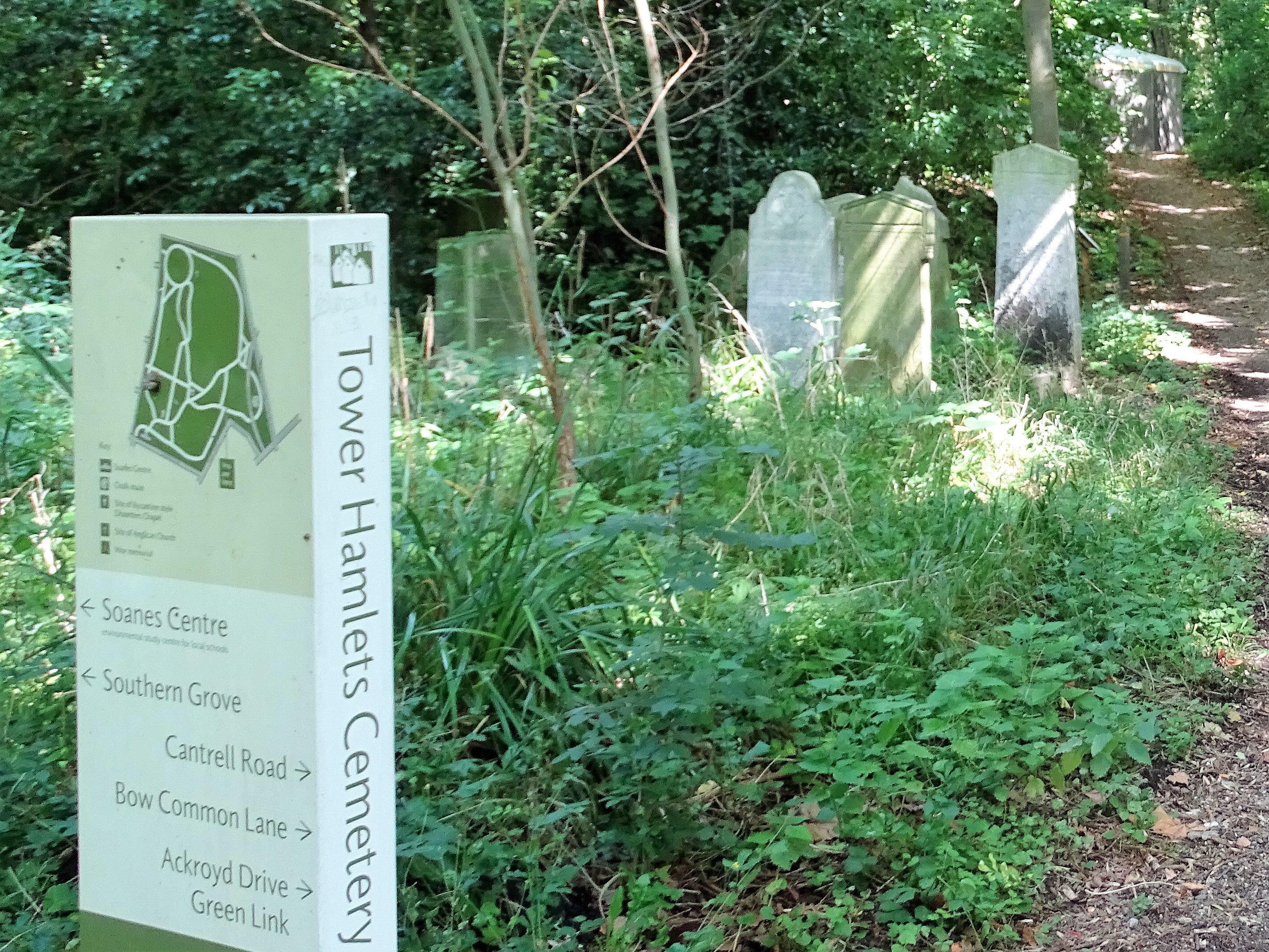 Funded through an Humanities and Social Sciences Collaboration Fund Award, the exhibition was based upon archival and interview material and included newly commissioned photography as well as a previously recorded soundscape of the park and its users. The story of the cemetery park was told through a series panels which recounted the cemetery’s Victorian past, its abandonment and neglect in the early to mid-twentieth century and the various campaigns to protect its wildlife habitat from the 1970s onwards. The latter was the main focus of the exhibition as it connected the cemetery’s rich past to its current status as a Local Nature Reserve managed by the Friends of Tower Hamlets Cemetery Park. The park, at almost 33 acres in size, provides a habitat capable of supporting a diverse range of plants and animals. 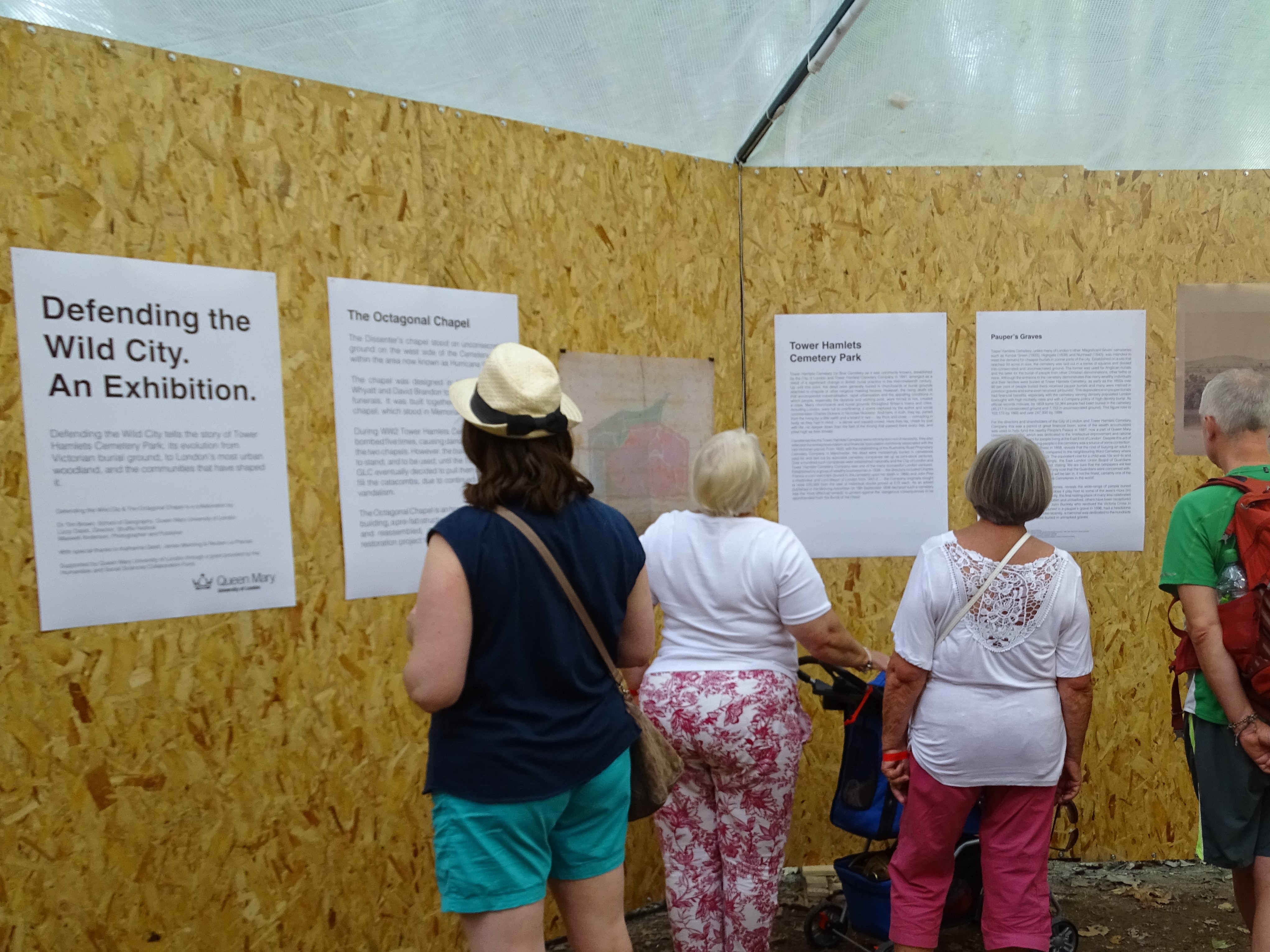 Visitors browse the exhibition in the Octagonal Chapel.

In keeping with the Shuffle Festival’s emphasis on art and culture, the exhibition was housed in a steel and wood imitation of the original dissenter’s chapel – built in 1849 and demolished by Greater London Council in 1967. As well as providing an ideal space for the temporary exhibition, the Octagonal Chapel was used to host a series of lectures and other events during the two-day festival. These events ranged from a lecture and discussion on the question of ‘Who owns outer-space?’ led by researchers from the London School of Economics and Political Science and another on the history of immunisation by a colleague from the Institute of Health Sciences Education at QMUL, through to a panel discussion on the Calais Jungle as well as a stand-up comedy act. This diverse range of activities ensured that the exhibition, as well as the space housing it, were regularly visited throughout the course of the two days.