Report highlights problems faced by parents of children with Autism 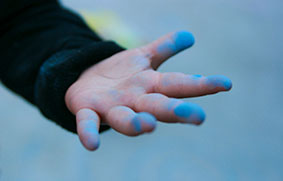 Parents of children with Autism Spectrum Disorder (ASD) face severe challenges in accessing adequate services, according to a survey of hundreds of parents in the United Kingdom.

Just 11 per cent of parents felt that the NHS professionals they encountered understood their concerns about the behaviour and healthcare challenges of their child. The majority, 70 per cent, felt that their child’s symptoms were attributed to ASD and seen as something to “get on with”, rather than being worthy of further investigation and treatment.

Respondents to the survey identified diet and nutrition issues as a major cause for concern, yet just one per cent of parents were able to access services in this area and have their problem resolved. The vast majority, 77 per cent, did not. This is despite the fact that many parents reported health and behavioural progress in their child following dietary changes. Similar patterns were identified in relation to services for gut problems, behavioural challenges, sleep difficulties, and toileting issues.

The survey, carried out by the charity Treating Autism during 2014, forms the basis of a report, authored by Professor Jane Wills, Professor of Human Geography at QMUL. There are more than 600,000 people living with ASD in the UK today, and it is estimated to cost the UK in the region of £32 billion every year in lost earnings, care and support for all those involved.

Professor Wills said: “This report highlights the scale of the challenges faced by children with ASD and their families. It is frequently a battle for parents to access good quality health support for their children. There is an urgent need for new thinking and a much more holistic approach by those who are training health professionals and designing services for children and families.”