Around a quarter of a million Latin Americans live in the UK, with over half (145,000) in London. The Latin American population is one of the fastest growing migrant populations in London, with two-thirds having arrived since 2000.

This new research, which is a collaboration between Professor Cathy McIlwaine from the School of Geography at QMUL and the Latin American Women’s Rights Service (LAWRS), funded by independent charity Trust for London, sheds new light on the population and offers policy recommendations. 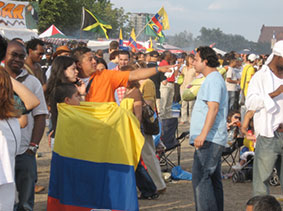 Country of origin and place in London
Brazilians are the largest national group, making up over a third of the Latin American population in London, followed by Colombians (around a fifth). The next largest groups are from Ecuador, Argentina, Venezuela and Mexico. The proportions are similar in the rest of the UK.
Of those living in the capital, more than two-thirds are in Inner London, with particularly large concentrations in Lambeth and Southwark, followed by Brent, Westminster, Wandsworth and Haringey.

Well educated, doing essential work but low paid
A quarter of Latin Americans work in low-paid elementary jobs (for example as cleaners, kitchen assistants, porters, waiting staff and security guards) and a further fifth in other low-paid sectors such as caring, sales and processing. When compared with other migrant groups in London, only Romanians have higher proportions of those working in low-paid elementary jobs.
In addition, three-quarters of OLAs earn less than the London Living Wage (LLW), much higher than the London average of one fifth who earn below the LLW. Added to this is the fact that nearly half of OLAs have experienced problems at work. This includes around one in five not being paid for work carried out and nearly one in 10 experiencing verbal abuse. 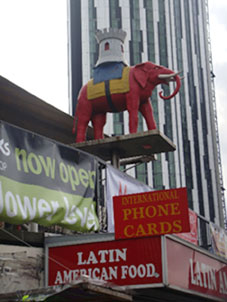 Housing and access to health services
Half of all Latin Americans in London live in private rental housing, double the average for London.
Their levels of access to health services remain low. For example, although 90 per cent of OLAs have used the NHS for themselves or their family, around one in six are not registered with a GP and nearly seven in 10 have not used a dentist.

“As one of London’s fastest growing migrant communities, Latin Americans make an essential contribution to how the city operates economically, socially and culturally. Yet only recently have Latin Americans begun to emerge from the shadows of invisibility as a population. While they are a diverse community, many end up having to work in low-paid jobs and live in poor quality housing because of their lack of English language skills, despite being very well educated. Yet in analysing two data sets of more established and more recently arrived Latin Americans, this research also shows that Latin Americans do integrate successfully as long as they receive support and recognition as a community” – said Professor McIlwaine who directed the project. 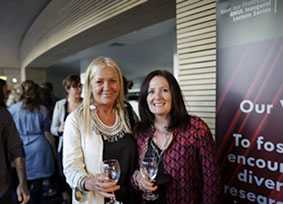 She recently held her inaugural lecture entitled From América Latina to Latin London: negotiating (in)visible geographies of international migration at QMUL. She is pictured here with friend, colleague and co-author of many books, Sylvia Chant, Professor of Development Geography at LSE.