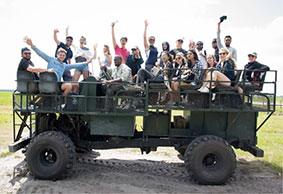 Environmental science and geography students, who took the ‘Environmental Management Applications’ module in the third year, toured south Florida this Easter to investigate first-hand some of the world’s biggest and most ambitious wetland and river restoration projects, from the Kissimmee River through Lake Okeechobee and the Everglades and out to the Florida Key Coral Reefs. The Florida hydrological system has been dramatically altered by humans and is now undergoing a vast amount of geo- and hydroengineering to preserve the environment. The techniques and technologies used within Florida are applicable to projects all over the world, making this one of the best locations to study human impact, restoration technologies and integrated catchment management.

This year the group, led by Dr Kate Spencer (Reader in Environmental Geochemistry in the School of Geography), started the trip at the bottom of the watershed within the John Pennekamp Coral Reef State Park, where they were able to observe the damaging effects of anthropogenic and climate change on marine water quality and the coral reefs through a series of lectures by local specialists and then trips out to the coral reef. After that they traced the water back up through the Everglades, learning how the water volumes here have changed since the arrival of people and about the damage excess nutrients from farming can cause. One of the most exciting talks was given by a park ranger who explained how the Everglades system worked, the importance of alligators as a keystone species and the importance of indicator species in monitoring the quality of the water - all of this was given while wading through a meter of water as the students ‘slogged the slough’.

After learning about the problems in the Everglades, they travelled further north to the Loxahatchee Impoundment Landscape Assessment, where landscape scale experiments are being conducted in real time, exploring different scenarios which could be applied to the Everglades due to climate change; visited the Storm Water Treatment areas, which help to protect the Everglades and finally visited the Florida Agricultural Area which is accused of causing much damage to the Everglades. 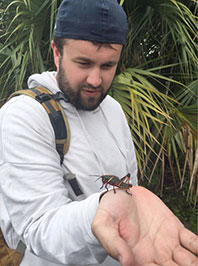 “We were lucky enough to be invited on a swamp buggie tour at the Archbold research station which allowed us to observe a working farm which is also a research area where postgraduate students are able to experiment with the impact of farming on land condition, greenhouse gas emissions and water run-off. The tour was a bit bumpy, but being high up on the buggie meant that we could traverse the flooded landscape. Our last stop was the Kissimmee River where river restoration is converting the river from a man-made channelized system, back to a meandering river with associated flood plains and ecosystems” said who accompanied the group to Florida.

Final year student, Jordan Coppin, who studies for a Geography BSc degree said “The Florida field trip is one that you utterly cannot miss! From landing in Miami International Airport it was non-stop till we sat on the plane on the way home. The adventuring began from the very first day on ‘slogging a slough’ and investigating different vegetation and animal species. From visiting the Florida Keys and the John Pennykamp Coral Reef State Park and kayaking through mangroves and seeing a juvenile manatee come up for air, could this fieldwork get any better? It did!” 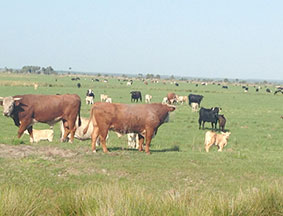 “We got to have a ride on the classic ‘airboat’ that seems to characterise tourism in the Everglades and then the captain let us hold his ten year old alligator without a muzzle! Finally we had a tour on an open-topped carriage around a dairy farm run by scientists to study agricultural impact on the Everglades and took a boat ride up the Kissimmee River to study restoration projects in action.”

“The fact that we had stayed at places throughout the Everglades had meant we all had a larger picture of what needed to be done to help preserve them. Most importantly, what was truly important to us at the start of our scientific careers was the realisation of the effects humans really do have on the environment. A fieldwork experience not to be missed!"

Students taking the Environmental Management Applications module explore the physical, environmental, political and economic issues surrounding a range of restoration and management schemes in South Florida which may include fluvial, terrestrial, estuarine, coastal and marine environments. 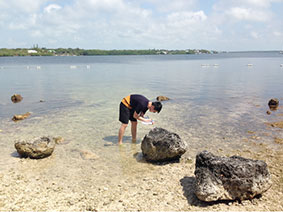