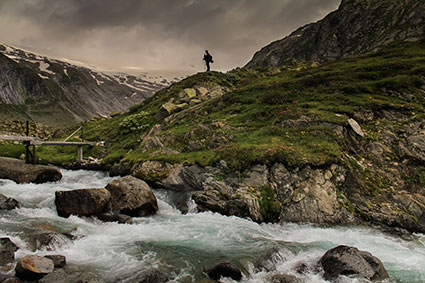 My Place in the World: Joshua Leigh

The Austrian Alps captured the imagination of this year’s judging panel as third year BSc Geographer Joshua Leigh scooped first prize in the School of Geography photo competition with his stunning image of the Schwarzensteinkees Valley.

The student from Surrey spent a month in the Alps last summer working alongside fellow students and Dr Sven Lukas on a special research project. The image, entered in the competition’s ‘My Place in the World’ category, features one of the team standing in the rugged Austrian landscape and captures many aspects of the surrounding environment from the rushing river rapids, snow-capped peaks, a slope dotted with wild flowers and the brooding sky.

“During the month away, we spent hours in the field and began to know the valleys we were working in like the back of our hands,” Joshua explained. “For that month and the subsequent month when I was writing up my report, the small mountain valley in the Austrian Alps felt like my own.” The award-winning photograph was taken after a day recording fluvial channels in the Schwarzensteinkees Valley. “I wanted to show the researcher looking back into the valley at what he had been studying that day, contemplating the fluvial processes that are shaping river channels.” 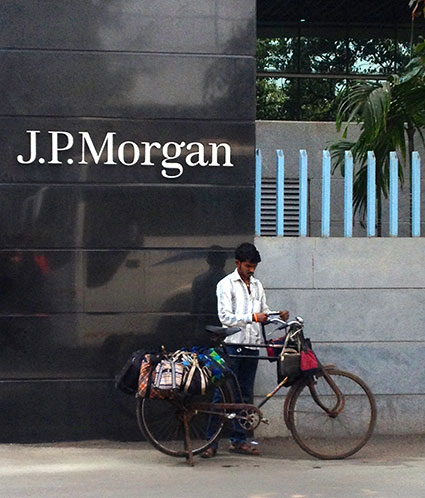 My Place in the World: Rebecca Griggs

From Austria to India, second place was awarded to BA Geographer Rebecca Griggs who captured her image – also entered in the ‘My Place in the World’ category – on a recent field trip to Mumbai. A Dabbawala – a lunch box delivery man – stands reloading his bicycle by the stark marble and imposing logo of J.P. Morgan’s Mumbai offices. “My image highlights a social power imbalance between a Dabbawala and a white collar worker employed by the American multinational banking company,” the third year explained. “He delivers his daily service to workers of a higher class and returns of an evening to the reality of his own social grouping. What’s powerful here is the initial ignorance of the intelligence of the service providing dabbawalas who work so efficiently; only one in 16 million lunch boxes gets delivered late. 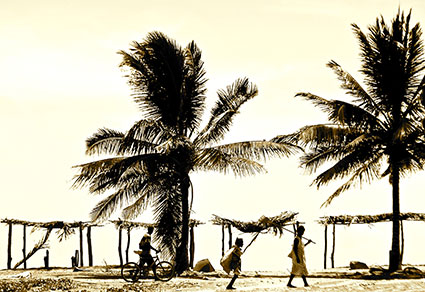 From India to Tela, Honduras, the judging panel picked out Vivian Hughes’ image, entered in the ‘Boundaries’ category, for the way it communicated the impact of the physical boundaries that affect everyday life for the Garifuna people. “For me, the most evident boundaries are the physical boundary between the Garifuna settlements and the town centre as the people must walk for miles from their homes to fetch food and water every day, and the boundary in which I (the photographer) was standing in, between a pristine freshwater mangrove lagoon behind me and the vast ocean barrier in front of me past the walking people; two constrained yet interconnected environments,” she explained. 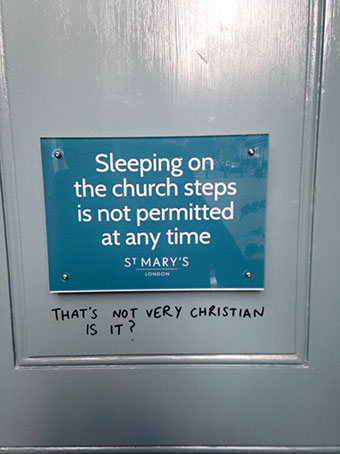 BSc Geographer Katharine Parker triumphed with the People’s Choice award with her thought-provoking ‘Boundaries’ image captured here in London. “My image represents the boundary that permits the exclusion of an entire group of people based solely on property ownership,” the second year explained. “This boundary has been implemented across much of London and this sign at St. Mary's Church highlights this boundary by preventing rough sleeping, and therefore preventing homeless people from carrying out an essential part of human life. Boundaries are something that would commonly be associated with private property, but a church is known as the centre of the community and therefore, first thought of as a public space, yet this space is not accessible to all.”

Head of School Professor Alison Blunt said she had been delighted by the number, quality and variety of images submitted in this year’s competition. “Through their images our students have shown how geographers and environmental scientists can give us such unique perspectives on the world,” she said. “We received more than 100 entries across all categories and were also pleased to award a staff prize this year too.” 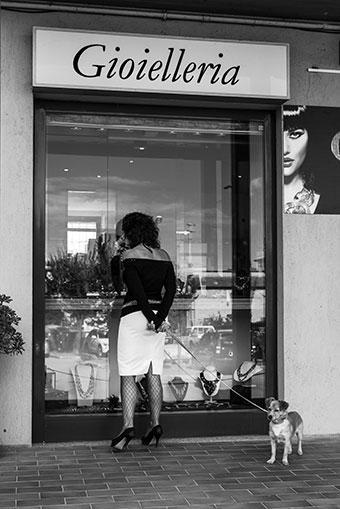 Professor Roger Lee’s image ‘Dreaming of City Life’ won the staff category. The image shows a glamourous woman, face obscured, gazing in to a boutique window while her dog strains the lead away to look at something more to his interest. The black and white image is made particularly striking as a poster top right shows another woman’s face looking out. Runners up Andrew Loveland and Dr Alastair Owens were commended for their ‘City Life’ images capturing park and canal city views respectively.