The world is our classroom – student field trips to Boston and New Zealand report back. 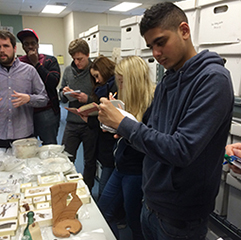 Students examined artefacts at the City Archaeological Service as part of their investigations.

From the power of nature to the power of social change, students from the School of Geography explored New Zealand and Boston this term to investigate two very different geographical landscapes.

The city of Boston in Massachusetts has been at the forefront of American history – the place where Americans rejected British colonial rule in the eighteenth century, the focus of mass immigration and rapid industrialisation in the nineteenth century, and a major hub of the US biotechnology industry today.

Exploring museums and heritage trails, examining artefacts in the city’s Archaeological Laboratory, visiting MIT and Harvard Universities and working with citizen scientists and artists, this new field trip allowed second and third year students to study how one of America’s most interesting cities has been reshaped during three centuries of change. 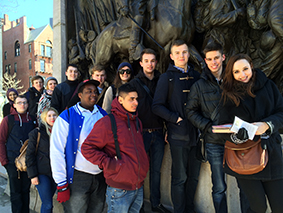 Students visited the site of the 54th Regiment Monument in Boston. The monument commemorates the sacrifices made by African American soldiers during the civil war.

Dr Alastair Owens, whose research explores poverty, community and everyday life in nineteenth-century cities, said students had experienced a great insight into how a modern day city is shaped by its past. “Our investigations really got under the skin of the city. We explored the role played by key figures in the revolutionary city, learned methods for analysing and interpreting ‘material’ evidence of Boston’s radical nineteenth-century African American populations, and developed techniques for mapping gentrification and regeneration in the city’s contemporary neighbourhoods,” he explained. “Boston is a city profoundly shaped by its past, but which is seeking to harness the potential of its ‘knowledge economy’ to sustain its future. For example, there are 58 higher education institutions in the Boston Metropolitan region alone, so there’s a lot for a geographer to unpick and examine.”

Third year BA Geography student, Marlene Dihm, particularly enjoyed the teamwork that characterises much geographical field work at QMUL. “Whilst the educational purpose of the trip stood in the foreground, the teamwork allowed so many great friendships between the year groups to develop. Plus, it gave the lecturers and students a chance to work together and for us to get to know them better.” 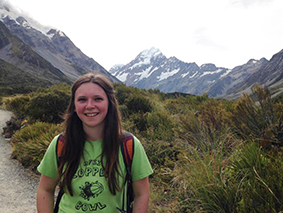 Meanwhile, students from the School of Geography also jetted off to explore glacial dynamics and hazards in the imposing Southern Alps of New Zealand’s South Island. From walking through rainforest to flying over the Franz Josef Glacier in a helicopter, third year BSc Geography student Sasha Catchpole said the trip introduced her to environments ‘on a whole new scale’.

“The field trip was the perfect way to contextualise everything I had learnt about sediment and alpine processes in my degree,” she said. “I saw the whole system, from the magnificent alps and glaciers, to the braided river systems that lead out to the sea. It’s a scale of environment I had never seen before. Hiking up and having a lecture on top of the Franz Josef Glacier before flying over it in a helicopter was just awesome.” 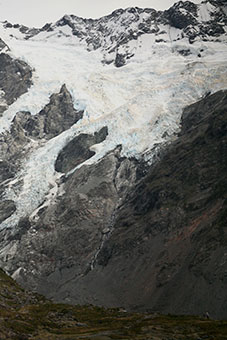 The third years looked at geomorphological mapping of the Hooker Valley, moraine sediments of the Waiho Loop and flood risk in Queenstown. “We visited Lake Wakatipu to look at the way local communities are mitigating the risk of flooding which is a particular threat in their area,” she said. “We also visited Christchurch to see how the city is working towards its recovery following the recent earthquakes. It was a thought-provoking visit. I saw a cinema without a side wall so all the seats inside were visible; the steps to the town hall were angled and broken; and the city centre is silent at night. One quarter of the buildings in the centre had to be demolished. But they are resilient people and we were all inspired to hear how they are working hard to rebuild.”

Professor Miles Ogborn, Head of School, said fieldwork across the School’s programmes gave students a unique opportunity to gather their own data. “Whether you’re interested in analysing glacial dynamics or understanding the role of geography from a historical perspective, we think it is crucial to take the theory of the lecture room out in to the field so that students can see geography in action and analyse it for themselves,” he said.

These two trips are just part of a wider programme of international field trips that take place each year in the School of Geography. Current students will be choosing between Florida, Los Angeles and Mumbai this autumn. To see videos of these trips from previous years, visit the School’s YouTube Channel or read more about fieldwork opportunities on our website.