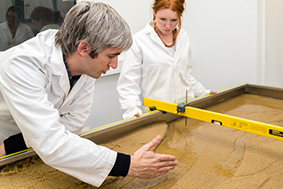 From the first years’ exploration around the capital during their first week to the brand new River Lab, Head of School and Geography Society, there’s lots to read about in the latest edition of the School of Geography’s newsletter.

Students report back from various locations from the Orkney Islands to the Caribbean where they have been undertaking research. One team of three investigated the mangroves of Barbuda while another two students joined Professor Dave Horne in Scotland to gather evidence of past climate change. Second year student Georgie Baker has just returned from a year abroad in America where she got the idea for her final year research project into the alternative food movement. 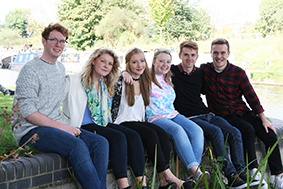 Four new staff members have joined the School bringing specialisms from forest ecology to health, river science to glaciers, while there’s also another chance to see the winner and runner up entries to the School’s photo competition – World View 2014.