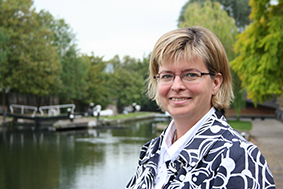 The School of Geography at Queen Mary University of London remains one of the top departments for geography and environmental studies according to results released on the 18th December in the Research Excellence Framework results (REF 2014) – a measure of the quality of higher education research in the UK.

Almost 80 per cent of the School’s research outputs (books and articles) are rated as world-leading (4*) or internationally excellent (3*) placing it 5th in the UK for this measure. Scores increased across all areas and the School is ranked joint 11th for geography in the UK overall. 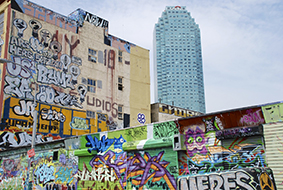 Head of School Professor Alison Blunt thanked all those staff who worked on and contributed to the School’s REF submission. “The School has exceeded its own expectations for research in the 4* world-leading range and we are delighted to be recognised for all this hard work,” she said. “Some 90 per cent of our staff were included in the School’s submission and recent high-profile grant success is testament to the ongoing excellence of our research.”

Grant successes in the past month total more than £880,000 and include a two-year Leverhulme Major Research Fellowship for Professor Miles Ogborn on empires as oral cultures; a major ESRC grant for Professor Adrian Smith on the EU and international labour standards; five AHRC Collaborative Doctoral Awards – four with the The Geffrye Museum of the Home and one with the Bank of England; and a NERC Industrial Case PhD studentship on 3D fine sediment analysis with independent research and technology organisation HR Wallingford. 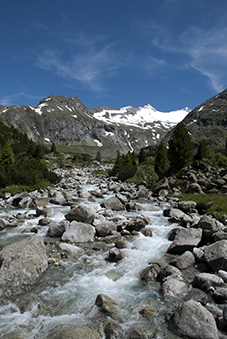 PhD research in the School of Geography. Pic: © Cianna Wyshnytsky.

The School of Geography at Queen Mary University of London is a member of QMUL’s Faculty of Humanities and Social Sciences. Vice-Principal of the Faculty, Professor Morag Shiach, said results from its Schools provided compelling evidence of the outstanding research being undertaken across QMUL.

“QMUL is now placed in the top ten for grade point average (GPA) amongst multi-submission universities in the UK, and the top five for 3* and 4* research outputs. On the second measure, to be placed 5th out of 154 institutions is quite simply outstanding,” she said. “This stellar result is an affirmation of the world-leading research that takes place within our community as well as its important and varied impacts on society, and should serve as an immense source of pride for us all.”