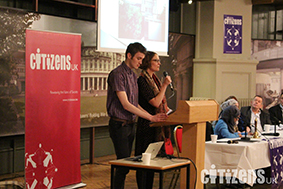 A community-led research project that highlights the imminent housing crisis in Tower Hamlets will be presented to candidates for the London borough’s mayoral elections today at Queen Mary University of London (May 8).

Authored by postgraduate student Liam Harney from Queen Mary’s School of Geography, the report is part of a research project undertaken by the 22 year old to find out more about the housing problems faced by local residents. From rent increases to intimidating landlords, overcrowding, to the presence of damp, the report argues that residents of the borough are at the forefront of the capital’s looming housing crisis.

Liam joined the School in September 2013 to study his MRes Geography and was immediately encouraged by his academic supervisor to get involved in local community organisation Tower Hamlets Citizens. Its activities link in with his current research into communities and the impact of austerity. “I threw myself into the work that they do and have met an amazing array of people from all different faiths and backgrounds,” he said. 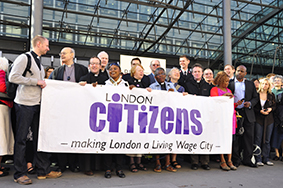 Citizens UK (formerly known as London Citizens) is a nation-wide charity of more than 300 member organisations representing the diversity and interests of civil society in the United Kingdom.

Tower Hamlets Citizens initiated five action teams in the autumn of 2013 to investigate specific local issues: jobs, money, community relations, safety and housing. Liam joined the housing team and offered to help by coordinating the research element. “Through the alliance I recruited 21 volunteers to conduct the survey. The group was diverse, including Queen Mary students, local parents and young people from the area,” he said. “We trained the volunteers in action research methods and set about meeting with the local community at school coffee mornings, church masses, community events, welfare advice centres and councillors’ surgeries. We even went door to door.”

Once the team had analysed the experiences of some 324 households, they began compiling the evidence into a report. Their findings include four policy proposals for the incoming Tower Hamlets mayor to tackle including the idea of developing a ‘Living Rent’ model where rent levels in the social-rented sector would be linked to average earnings instead of the market rate. “We were shocked to find out the extent of rent increases, damp and overcrowding,” Liam said. “We were humbled by the personal stories people gave about the effect this all has on their families too.”

The assembly to be held at Queen Mary University of London today (May 8, 2014) will hear from a range of local community organisations and Liam will be presenting his findings too. “I hope that the evidence we have gathered prompts politicians to do the right thing and take action,” he said. The research project - Tower Hamlets: A report on the housing crisis in one of London’s most expensive boroughs - is available online. 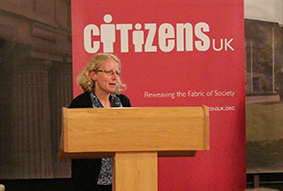 Professor of Human Geography Jane Wills, who leads the School of Geography's Community Organising postgraduate degree and has researched the case for London's Living Wage campaign, said the impact of poor quality housing had far-reaching effects on residents' health, mental well-being and relationships. "This is particularly damaging for the most vulnerable groups in our communities such as children and the elderly," she added.

Liam said that he had learnt so much about his new community and felt like a part of it even after such a short time. “The friendships I have made through this work will last even longer than the project and I feel extremely privileged to be at a university where I can do geography research that matters to people and can actually make a difference.”